We are soon approaching the half-way mark in the month of March, and it seems like the smartphone OEMs have buckled up for releasing the new security updates for their devices.

Samsung, Xiaomi, and Sony are reportedly rolling out March patches for the Galaxy Z Flip (the US unlocked and Canadian variant), Mi Play and Xperia 1 and Xperia 5, respectively.

While other Xiaomi phones including Mi Note 10, Mi Play, Redmi 7A and Redmi 8 along with OnePlus 5/5T, are getting the February 2020 patchset.

Samsung is the king at the moment when it comes to rolling out monthly security patches as it has beaten every other OEM including Google in delivering January, February and now March security updates for its devices.

One user on Twitter has also confirmed that the update is now up for grabs for the Galaxy Z Flip.

Chinese OEM Xiaomi has also pushed the March 2020 security patchset for the Mi Play. The update bumps the version number from V11.0.2.0.OFIMIXM to V11.0.3.0.OFIMIXM.

Note that the Chinese variant is also getting the update with version V11.0.5.0.OFICNXM and it brings along fixes for data usage warnings, and error after switching SIM cards.

Fortunately, we have the links for downloading the global update package file:

Sony has also joined the bandwagon and pushed the latest March 2020 update for its flagships, Xperia 1 and 5.

Xiaomi is rolling out the February 2020 security patchset for both the global as well as the Europian variants of the Mi Note 10. The update hits the units with version V11.0.8.0.PFDMIXM for the global users while the European users are getting the update with version number V11.0.16.0.PFDEUXM.

If you are interested in upgrading your Mi Note 10 manually, then you can grab the download file for both the variants, below:

Xiaomi Redmi 7A and Redmi 8

For interested users, below are the links to download the update file for Redmi 7A and Redmi 8:

OnePlus is also not far behind and has made the February patchset available for its OnePlus 5 and 5T phones. The update weighs in around 335 MB for OnePlus 5T while it weighs 455 MB for the OnePlus 5.

Below is the changelog for both the devices: 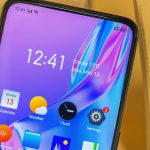 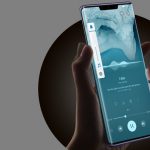