Both the Asus ZenFone Pro M1 and Max Pro M2 devices welcomed the Android 10 beta update in the month of January this year. This should then have paved the way for the stable Android 10 build. However, even after two months, users are desperately waiting for the said update to hit their units.

Recently, ZenFone Pro M1 and Max Pro M2 users received a new update on their devices. However, the update was merely a February security patch along with bugfixes and was still based on Android Pie 9.0. This disappointed many device owners as they were eyeing for the Android 10 build.

Then it came to light that ZenFone Max Pro M2’s kin, ZenFone Max Pro M1 may receive clarity about the much-awaited Android 10 update by this month-end. And if that’s the case, it’s safe to assume that Max Pro M2 shouldn’t be far.

While users continue waiting, there’s some good news for the tech enthusiasts. Thanks to Android’s open-source nature, one can try out many different types of custom ROMs on your device. One of them, the Lineage OS, is probably the most well-known in this domain.

And LineageOS version 17.1, based on Android 10, has now made its way over to the Asus Zenfone Max Pro M2 device. The build is unofficial and follows its kin Max Pro M1, which has received the same last month.

On that note, the LineageOS 17.1 for Asus Zenfone Max Pro M2 is still in the testing phase. So you might expect it to be slightly unstable and buggy. However, if you’re interested in trying out the Android 10 unofficial build for the Zenfone Max Pro M2, refer to the XDA thread for the installation steps.

Upon successful installation, you will not only welcome a newer Android build, but could also try out some customization tweaks that are baked into the ROM. Do let us know your views on the same as well. Happy Flashing!

One Piece 974 spoilers reveal who the real traitor is 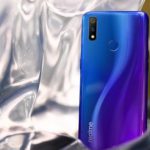