OnePlus is known to be one of the best brands when it comes to rolling out speedy security or firmware updates. But, for some reason, the OnePlus 7 Pro 5G users were kept devoid of the latest Android 10 update.

Back in December 2019, T-Mobile and OnePlus joined hands together for a Friendly User Testing program (FUT) which was aimed at testing the new updates and firmware before its public rollout.variant

Note that the regular OnePlus 7 Pro was served with the Android 10 update just 20 days after Google released Android 10 OS. The same treatment was expected by the users of the 5G variant, but, that was not the case with them.

January 2020 came in as a breather of some sort where the European unlocked variant picked up December 2019 security patchset while the Sprint carrier model grabbed the January 2020 patchset.

However, both the updates were based on Android 9 Pie and users of OnePlus 7 Pro 5G were pretty annoyed by the behavior of the Chinese OEM towards their one of the flagship models.

Just when the users of OnePlus 7 Pro 5G were losing hope of getting Android 10 anytime soon, the OEM has pushed in the OxygenOS 10 (Android 10) update for the handset.

Notably, the stable update is arriving for the European users and is expected to make its way to other devices, globally. Tons of new features and enhancements are included in this update.

For instance, new UI design, enhanced privacy, new gestures, game space, etc. The airborne update is hitting the units with version V10.0.4 and it weighs in 2.1 GB in size.

Users can grab the update via OTA on their handsets. But, those who wish to manually upgrade their devices to the latest Android 10 can jump to the below section to download the update package file:

OnePlus has now published the official announcement detailing the incoming OxygenOS 10.0.4 update for the 7 Pro 5G in the community forums.

The Android 10 update is now live for Sprint devices. 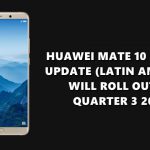