Stories of the Redmi Note 8 Pro Android 10 update started doing rounds way back in mid-December 2019. At the time, it was all about the missing Widevine L1 support needed to play HD content on Netflix and Amazon Prime.

Xiaomi Indonesia GM Alvin Tse promised back then to address this issue with the update to Android Q (Android 10) in 2020.

As you can see, there was no mention of the exact date, but not long ago, Xiaomi support further clarified the matter, revealing that Widevine L1 support will come to the Redmi Note 8 Pro in March.

Going by what the company had promised earlier, linking this Widevine L1 update to the Redmi Note 8 Pro Android 10 rollout was – and still is – a no-brainer. Matter of fact, when the OS arrived on the Chinese variant in January, it was obvious that the global rollout wouldn’t take long.

And indeed, Alvin Tse has now come out to confirm that Android 10 is a guaranteed update for owners of the device outside China. Of course, we knew this was coming as the first major OS upgrade for the device, but it doesn’t hurt coming from one of the bosses.

Unfortunately – although expected – Tse says nothing about the exact release date of the OS, but since previous reports point to March, we can only wait for the rollout to begin.

Until then, you might want to keep an eye on our dedicated Redmi Note 8 Pro Android 10 update status article for an up to date coverage of the same.

The update is not rolling out to devices in China. Details here. 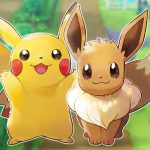 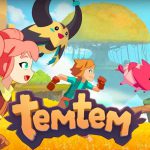