Well, if you are a Redmi Note 8 Pro user, then there’s a piece of good news for you. As you may know, Xiaomi’s Redmi Note 8 Pro cannot play HD content on Netflix and Amazon Prime due to a botched up Widevine implementation.

That said, many different tests prove that the Redmi Note 8 Pro does come with Widevine L1 certification. However, due to a software glitch, apps like Netflix and Amazon Prime only support SD content on this device.

Cut to now. The General Manager of Xiaomi Indonesia, Alvin Tse replied to a tweet from Billy Dolmen (a Redmi Note 8 Pro user who inquired about Netflix HD support on the device) and cleared the air by stating that:

Thanks Billy, well noted. We believe this will be fixed in the Android Q update in 2020, working on it

Consequently, we can expect Xiaomi to fix the above-mentioned software glitch with the upcoming Android 10 software update. If this issue gets resolved, popular mainstream content streaming apps like Netflix and Amazon Prime will be able to stream HD content on this device.

It is worth noting that the Pocophone F1 suffered from a similar issue. That said, the lack of HD playback is a server-side whitelisting issue, and a software update from the phone maker isn’t sufficient to resolve the matter.

However, in the case of Redmi Note 8 Pro, a software glitch is forcing the streaming apps to recognize Redmi Note 8 Pro as a Widevine L3 certification device. So if you are a Note 8 Pro user, then sooner or later, you will be able to stream HD content on Netflix. 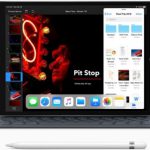 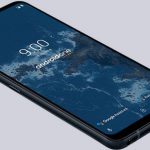