It’s fast approaching the second month since Samsung Galaxy Note 9 One UI 2.0 update based on Android 10 first arrived in all of its stable glory.

The OS has since found its way to several markets/variants across the globe, beginning with the U.S. unlocked and AT&T variants in early February all the way to the recent arrival in Hong Kong nearly three weeks down the line.

Even so, several other markets haven’t picked up the Note 9 Android 10 update yet. Of course, there are various reasons behind this scenario, but carriers have often been accused of delaying the rollout of software updates.

And unsurprisingly, it’s only now that folks on Optus Australia are able to upgrade their Galaxy Note 9 units to the latest Android 10 OS, again, close to two months since the software first rolled out.

Just like the original Galaxy Note 9 One UI 2.0 firmware that arrived in late December, those on Optus still get to deal with December security patches, which is quite unfortunate when miles away in the U.S. the latest February security patch is now up for grabs.

A little surprised by the difference in monthly security patches between the two markets? Well, you should be. Unlike Australia, the U.S. unlocked Note 9 got it’s One UI 2.0 update bundled with January security patches, which makes the incoming OTA its first into the new Android 10 era.

Optus subscribers on the Note 9 can only hope that one day they’ll catch up with their American counterparts in terms of security updates, but until then, there is Android 10 and One UI 2.0 to play around with first.

Later this month, the likes of Verizon Wireless, T-Mobile and Sprint are expected to begin outing their One UI 2.0 updates to owners of the Note 9, but if you can’t wait, feel free to install it manually. Interested? Find the full details here.

The One UI 2.0 update is now available for Note 9 owners on Telstra and Vodafone Australia. Where the former is receiving a newer build DTA3 with January security patch, the latter has the same build number as the Optus update, meaning you also get an older December patch.

Samsung Galaxy Note 9 devices in Canada will get the update on March 09. Details here. 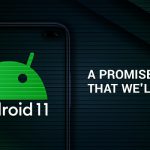