A month ago, Samsung started rolling out the Galaxy Note 9 Android 10 stable update in Europe. This was meant for the Exynos variant of the device, with owners of Snapdragon variants forced to wait, as always.

The wait, though, came to an end when AT&T and Spectrum users started reporting that they could finally download and install the Galaxy Note 9 Android 10 update, which comes with the new One UI 2.0 skin on top.

Arriving as software version N960USQU3DTA4, the update bundles January 2020 security patches, but AT&T hasn’t made an official announcement yet.

Speaking of official announcements, no U.S. carrier has done so with respect to the Galaxy Note 9 One UI 2.0 update. But the best part is you don’t have to wait for their OK in order to switch to the new OS.

With the updated firmware already out there and available for free download, you can make the switch from Android Pie to Android 10 on your U.S.-branded Note 9 right now. But of course, you’ll have to jump through a couple or so hoops before eventually getting there.

The One UI 2.0 firmware in question should work on any U.S. variant of the Galaxy Note 9. So far, the firmware has been tried and tested on AT&T, Verizon Wireless, T-Mobile and Sprint models with no hitches.

You can download the Galaxy Note 9 Android 10 firmware here or use Frija. Once the firmware is ready, Odin should come in handy as far as upgrading from One UI 1.x to One UI 2.0 is concerned.

If you are up for the task, feel free to follow the same guide for manually installing Android 10 on the Galaxy S10 and Galaxy Note 10 using Odin to get the new firmware on your U.S. Galaxy Note 9. Details can be found here.

Some users say it took pretty long for the phone to start up after the flash had passed, some even up to 20 minutes. If this happens to you, be patient and wait.

Alternatively, you can as well wait for the OTA update to roll out in the coming weeks. Matter of fact, Verizon and T-Mobile users should get the update this week.

Android 10 brought back VoLTE for my Sprint Note 9. 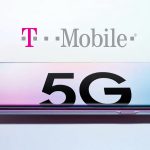 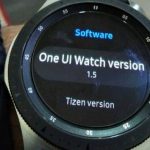