The stable ZenFone 5Z Android 10 update rolled out in late November last year. Before the incoming update, the device had only picked up a single update back in mid-December, tagging along November security patches.

However, the story isn’t necessarily the same when it comes to the changes bundled in the update. As it stands, you only get fixes for issues where users are unable to use PS4 handle to play PS4 remote games, excessive battery draining, and the killing silence when playing music through Bluetooth.

This is an OTA update, meaning some ZenFone 5Z units will receive it ahead of others. But since we have the link to download the new firmware below, you can grab and install the update manually on your unit.

Redmi 8 gets January update in India

The OTA update, which weighs in at 256MB, is arriving as V11.0.7.0.PCNINXM and yeah, it is still based on Android Pie, although the Redmi 8 Android 10 update is something you should expect, including unofficially.

Like the updated ZenFone 5Z Android 10 firmware, we also have the download link for the latest Redmi 8 update. This means you don’t have to wait for the OTA, instead, you can grab the firmware and install it manually right away.

So far, there are some signs that the Redmi 8 Android 10 update shouldn’t be too far away. Its cheaper counterpart, the Redmi 8A, recently stopped by Geekbench running Android 10. Find the full details here. 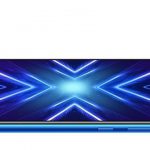 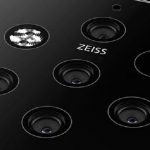