Huawei has been testing the EMUI 10 based on the recently launched Android 10 for quite a while now. This beta testing began back in September 2019 for the Huwaei P30 and P30 Pro in China.

Later on, the beta updates were pushed for quite a bunch of phones. As many Huawei smartphones wait for the stable update to arrive, two devices have recently been served with the stable EMUI 10 (Android 10) update.

Notably, Honor 10 Lite and Y9 Prime are bagging the stable EMUI 10 updates. In fact, these updates bring in all the features and goodies of EMUI 10 (Android 10) for both the devices. Keep in mind that the EMUI 10 beta recruitment started back in November 2019 for the Y9 Prime (2019). Below is the official changelog of the update received on the device:

Performance: stable and smooth
• GPU Turbo
Improves the smoothness and stability of the system when playing games.
• Phone Clone
Improves the connection and cloning speed.

Media and entertainment: more fun
• AppAssistant dropzone
Adds a dropzone for AppAssistant, allowing you to quickly access services such as game acceleration and do-not-disturb.

The new update for Honor 10 Lite is carrying the version number V10.0.0.159 and weighs in a massive 3.56 GB. So, we would recommend you to use a stable WiFi connection for downloading this hefty update file.

Matter of fact, it all began when we reported back in November about the EMUI 10 global beta recruitment for the Honor 10 Lite device. Later the same month, it bagged the beta update.

Moreover, Honor 10 Lite has already got the stable EMUI 10 (Android 10) update in China. And cut to now, this new update is live all the Honor 10 Lite users across the globe.

The update is being pushed via OTA in batches. However, you can go ahead and check for the update notification for your Honor 10 Lite or Y9 Prime 2019 device on the HiCare app or the HiHonor app.

Apparently, for Huawei Y9 Prime 2019, it seems the company has found something that needs to be addressed in the new EMUI 10 update. As a result, the rollout has been temporarily halted, at least for those in India. Details here.

According to a recent development, in an official response, Honor India has stated that the Android 10 (EMUI 10) stable update for Honor 10 Lite has been passed without citing any reasons.

Besides, the release of the update will begin by the first week of February 2020. The users are also requested to stay tuned for the updates.

Thank you for showing your interest in Android EMUI 10. We would like to inform you that Stable version of Android EMUI 10 for Honor 10Lite is temporarily put on hold. Please be informed that we will start releasing Android EMUI 10 by First week of February 2020.

According to recent reports, the EMUI 10 (Android 10) update for Honor 10 Lite is now being re-released. The update is now arriving with the December 2019 security patchset. You can read the full story here. 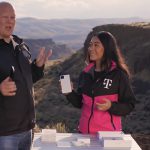