Huawei is going in with full force in pushing the latest EMUI 10 update which is based on Android 10 for its devices. Recently, a lot of devices have been served with the EMUI 10 beta update.

And in a recent development, two more devices are now ready for the EMUI 10 (Android 10) beta recruitment. Notably, this beta program was announced via Huawei India’s official twitter handle and is now live for the users of Huawei P20 Pro and Huawei Y9 Prime (2019).

Taking a look at the EMUI 10 update timeline shared by Huawei sometimes back, the beta recruitment is on time for the users. You can check out the image for yourself.

Moreover, Huawei P20 Pro beta recruitment has already gone live in different regions. Notably, the phone already got the taste of EMUI 10 in China, while global units are also eligible for the beta.

Here’s your chance to be Beta Tester for EMUI 10.
Register yourself to try the first-hand experience of EMUI 10: http://bit.ly/2WeqUHm
Open only for Huawei P20 Pro & Huawei Y9 Prime users!

Note that beta recruitment is only for Indian users of Huawei P20 Pro (6GB + 128GB variant, as of now) and Y9 Prime.

You can register yourself for this EMUI 10 beta program by downloading the official Beta app from here.

Then you need to log in using your Huawei ID and join the project. Now since this is beta recruitment, the seats are limited and if you wish to experience the EMUI 10 first-hand on your device then, you need to hurry and get yourself enrolled.

Also taking a deep look at the tweet, the standard Huawei Y9 will miss out on EMUI 10 update, as confirmed by Huawei India’s official twitter handle.

Are you excited about receiving the Android 10 based EMUI 10 on your Huawei phone? Drop a comment and let us know. 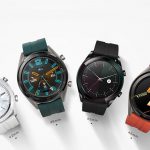 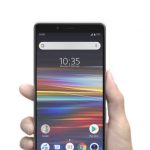