At a time when markets outside North America have had access to the Galaxy Note 9 Android 10 update for over a month, T-Mobile owners of the device are still unsure of when the OS will begin rolling out.

Sure, the stable Android 10 update started rolling out in the U.S. a few days ago. The rollout has been spotted on AT&T and Spectrum models, but none of the other major carriers have mentioned anything regarding the availability of the OS.

Matter of fact, recent developments have suggested that the Galaxy Note 9 Android 10 update will be available on T-Mobile later this month.

Prior to that, it had been suggested the OS would begin rolling out on the final week of last month, but this never actually got to materialize, at least not for T-Mobile, Verizon, and Sprint variants.

Heck, you can even manually install the available Spectrum/AT&T firmware on any U.S. variant of the Note 9, but the wait for the official OTA rollout is still on. And apparently, folks on T-Mobile will receive the update anywhere between now and the end of the month.

I checked into this and it looks like it’ll come in to the T-Mobile lab soon & barring any unforeseen issues it could be done by the end of February – lots of caveats there but that’s a pretty good rough estimate!

The above statement was made by Des on Twitter, the Official T-Mobile Product Guy after someone asked about the Note 9 One UI 2.0 update availability on the Magenta carrier.

This statement matches another put forward by T-Mobile support revealing that the Note 9 will pick up the update to Android 10 on February 23. But of course, Des warns that a million things could go wrong with software updates, so we can’t be sure about the dates.

FYI, this very device, alongside the S9 duo, is expected to receive Android 10 in Canada on February 24, so the dates match as far as Snapdragon variants are concerned.

Lately, Samsung has been full of surprises, so we wouldn’t mind another involving an earlier-than-scheduled availability of the Note 9 One UI 2.0 update on not just T-Mobile, but also other carriers as well.

Thanks for the tip @MosheFasten! 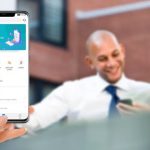