Here’s the crux of the article in a short video:

Huawei recently published a list of devices that would benefit from EMUI 10 update in the coming months. Notably missing was the Huawei Y9 2019. This list came after Huawei India revealed that there were no plans for the Huawei Y9 2019 Android 10 update whatsoever.

At the time, the company claimed that the Y9 2019 is incapable of running on Android 10 due to hardware limitations. For comparison purposes, the Mate 20 Lite, which has the same Kirin 710 chipset as the Y9 2019, is currently testing Android 10.

Owners of the device weren’t so happy upon learning there won’t be EMUI 10 update for them. Matter of fact, thousands took to the Change.org website to try and force Huawei to roll out the Y9 2019 EMUI 10 update, something that seems to have paid off.

In the latest developments, Huawei Mobile seems to have retracted its earlier stance of denying the Y9 2019 the update to EMUI 10. When asked by several owners of the device on Twitter about the EMUI 10 status, Huawei is quick to say that it is coming.

When pushed further about when the update will actually arrive, the support guy behind the keyboard says the Huawei Y9 2019 Android 10 update should be expected in the coming months.

Whether this is the petition paying off or just another clueless response from Huawei support is still unknown. Regardless of how we got here, we hope the Y9 2019 will indeed receive EMUI 10.

Of course, we will keep our eyes open and bring you updates on this matter as and when we get news. Stay tuned to PiunikaWeb.

Apparently, the Indian variant of the Y9 2019 may be excluded from Huawei’s Android 10 update plans. Details here. 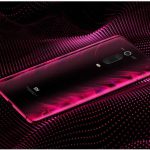