[February patch live] Huawei Y9 2019 EMUI 10 not coming on Indian variant, Nova 3i to receive security patches from now on Ever since Huawei has pushed in the global EMUI 10 (Android 10) update roadmap for its devices, the company is getting the spotlight for all the wrong reasons.

Although the list included a bunch of smartphones, quite a few of Huawei and Honor devices were missing from the list. Prominent among them was the Huawei Y9 (2019) and Nova 3/3i.

Users of the Huawei Y9 2019 were pretty baffled by the response from the Chinese brands citing hardware limitation the reason behind no up-gradation to EMUI 10.

In fact, a petition was also filed by thousands of Huawei Y9 2019 users on Change.org, forcing the OEM to push out the updates. Following this, Huawei cleared the air that the device will indeed be served with the EMUI 10 (Android 10) update.

But, according to a recent response from Huawei India on Twitter, the Indian variant of Huawei Y9 2019 will not be receiving any updates, due to the hardware limitations. Besides, the OEM also clarified that there is a risk on the motherboard if more updates are pushed on.

Check out the response made by Huawei in a tweet, below:

We would like to inform you that the updates for the device has been stopped due to hardware specifications as the mother board cannot take more updates hence it is a risk for rolling the updates which may harm your device. We appreciate your understanding and patience.

It was further confirmed by Huawei India support that the EMUI 10 update which was slated to roll out for the Huawei Y9 2019 is in fact, for the global variants and not for the Indian variant.

What’s might be more frustrating for the users of the Nova 3/3i is that even after filing a petition for getting EMUI 10 (Android 10) updates, the devices will not be getting the latest Android 10 update after all.

However, the Nova 3/3i will continue getting the regular security updates for enhancing system stability. This piece of information has been shared by Huawei India officially on Twitter. You can check out the screenshot of the response below:

Further, we will continue to provide regular security updates and necessary update enhancing device to perform at optimum level. For more details kindly stay tuned to our official pages. We appreciate your cooperation, understanding and patience.

So, with this, the hopes of getting the EMUI 10 (Android 10) update on Nova 3/3i and the Huawei Y9 2019 (Indian variant) bites the dust as it has been officially confirmed. Let us know your thoughts on this development in the comments below.

February 2020 security patch is now rolling out for the units. Read the whole story here. 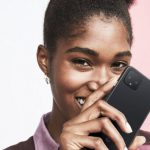