Here’s the crux of this story in a small video:

And here’s the complete story:

Android One phones are supposed to compete with the Google Pixel lineup in terms of software updates, but the reality is harshly different. Only a handful of Android One devices – no wonder all are from Nokia – have managed to grab the Android 10 update so far.

While we stumbled upon counteless rumors about the arrival of the 10th iteration of Android to Xiaomi’s Android One phones, they are still running Pie. Motorola, however, is doing something appreciable, as they are already testing the latest version of Android on Moto One Vision.

Thanks to Motorola Feedback Network (MFN), the Lenovo-backed OEM recruited a bunch of volunteers to evaluate the new software before broader rollout. One of the first-gen Android One phones from the company, i.e. Motorola One Power, is also in that list.

The phone picked up November secuirty patch almost a month ago, and the community is buzzing about the potential arrival of the Android 10 update in this month. Well, looks like Motorola is paying attention to their customers as they are supposedly rolling out the update since yesterday! According to this (rather hidden) note, the OEM is planning to roll out the long-anticipated update in waves with a time period of a whole month. I must say, it’s a rather effective approach to bypass showstopper bugs.

What about the existing beta testers? The good news is, they are reportedly getting the stable update on the first hand. Yes, Motorola One Power is receiving the final Android 10 OTA alongside December patch. The version number of the build is QPT30.61-18.

It could be possible that Motorola might come up with a new build as the broad-scale Android 10 update in the near future, as the current release is still limited to the soak testers. No need to worry though, as we are actively tracking the update scenario.

Thanks Jubairrehaman for the tip!

The OEM has now published the Android 10 kernel source for Motorola One Power (codename: chef). The codebase is applicable for China-exclusive P30 Note as well. 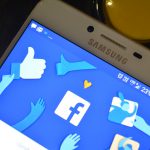