Motorola has several devices in Google’s Android One program and most of them are slated to receive Android 10 update in the coming weeks or months for that matter.

The Moto One Power already got its Android 10 beta update earlier this month, but the update is limited to select users. Today, another of Moto’s Android One devices, the Motorola One Vision, is receiving a closed beta update to Android 10.

A Motorola Community Moderator had revealed late last month that the Moto One Vision Android 10 update should be expected anywhere between November and December 2019, but there was no concrete evidence at the time.

Yesterday, Motorola started recruiting Moto One Vision owners into its beta testing program dubbed Motorola Feedback Network (MFN) and while there was no mention of Android 10, that was never a doubt.

The MFN isn’t available in all markets and as usual, the slots available are limited. Below is a screengrab of the announcement post that Motorola published in the official forums.

Motorola didn’t take long to send acknowledgment emails to those who signed up for the MFN program, but like the announcement post, there was no mention of whether the software that was coming would be Android 10.

Below is a screenshot of the email Motorola is sending to Moto One Vision owners who have been successfully admitted into the MFN program.

Now, we can confirm that the Moto One Vision Android 10 update is the software that has necessitated the company to invite owners of the device into the MFN program. Even better is that the firmware is already rolling out to those who entered the MFN.

Since the phone had already picked up November security patches, it doesn’t surprise us that the new Moto One Vision Android 10 update also bundles the same security patch.

The update carries software version QSA30.62 and since it is arriving over the air, Motorola notes that it could take several days before everyone who got admitted into the MFN gets their Android 10 update. 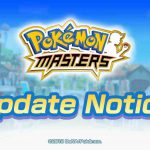