One Piece Episode 917 detail you may have missed: Mihawk knew the Warlord system will be abolished

Wano arc act two opens with One Piece episode 917. As things begin to intensify in Wano country, we are also given a glimpse of what is happening on the outside world. And just like in Wano, the world is no short of big events that continue to stir the story of One Piece.

As Blackbeard said in the latest episode, the war among tough ones has already begun. From this point on, we can expect explosions of revelations. Some of which were hinted in episode 917. The episode started with Moriah rallying in Blackbeard’s territory in search of Absalom. Later we are taken to Mihawk’s castle in the ruins of Muggy Kingdom. Perona has just learned that Moriah is alive and decided to reunite with him.

Perona has been living in Mihawk’s castle for two years. She was sent there by the then still self-aware Kuma during Thriller Bark arc. Sometime later, the paramount war in Marineford broke out. During the war, Doflamingo attacked Moriah.

Perona believed that Moriah had been killed during the war and decided to remain in Mihawk’s castle. She even tended to Zoro’s injury when he was sent there also by Kuma. After two years, upon learning Moriah is alive, she now decided to return to his original master. As Mihawk is always composed, he seemed cold and unaffected by Perona’s decision to leave. However, he later bid Perona to be careful. He further expressed that it is probably the best time for her to leave his castle. As he said this, he said that an odd subject had arisen in the Reverie. Further in the manga, we learned that the warlord system has been abolished. This must have been initiated by Fujitora who came to the Reverie after the incident in Dressrosa. Fujitora never supported the idea of employing pirates in the first place. His moral compass prompted him to suggest the abolition of the warlords. His argument is that Vegapunk’s latest project will be powerful enough to replace the warlords. Why Warlord system is abolished

Although Fujitora is the main advocate for the abolition of the warlord system, he is not alone in this endeavor. Several kingdoms, who have been victims of some of the warlords, supported the idea There are several reasons for the world government to approve the abolition of the warlords. The most prominent reason I guess is Blackbeard’s stratagem in joining the warlord system only to gain access to Impel Down and recruit the strongest criminals to be part of his crew. Another prominent reason is Alabasta’s unfortunate history due to Crocodile’s greed for power. And the most recent is the exposure and downfall of Doflamingo. King Cobra and King Riku both presented their arguments against the warlord system. In the end, the majority of the countries affiliated with the world government agree to the abolition of the warlord system. 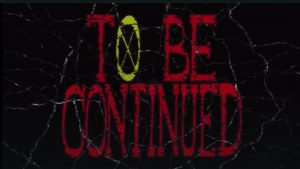 Previous article Forget 108 MP, as a 256 megapixel camera sensor is allegedly in the works