OEMs like Xiaomi, Nokia and Asus are giving a pretty tough fight to Samsung in the mid-range segment. The Korean phone maker came up with a dedicated lineup to tackle the bombardment. Dubbed as Galaxy M series, these phones sport gigantic battery capacity with a competitive price tag.

Matter of fact, both Galaxy M20 and Galaxy M30 received stable Android 10 update in the form of One UI 2.0. Unlike Galaxy S or Note lineup, there was no prior public beta testing for these phones. And looks like Galaxy M30s will join the club quite soon.

The company did publish region specific update roadmap via Samsung Members app, but the arrival of One UI 2.0 on Galaxy M20/M30 was ahead of the schedule. Although Galaxy M30s is supposed to receive the stable Android 10 update in April, Samsung is allegedly testing the builds on the phone.

Thanks to Wi-Fi Alliance, we can spot a document that certifies the handset running Android 10. The document mentions SM-M307F/DS aka the dual SIM variant of Galaxy M30s sold in Asian markets, including India.

The firmware version is listed as M307F.001, which looks like a placeholder. Galaxy S9 and Galaxy A80 running Android 10 were certified by Wi-Fi Alliance in a similar manner. In a nutshell, Samsung engineers are indeed testing the One UI 2.0 update on multiple phones.

When do you think Samsung will deliver the final stable update on your Galaxy M30s? Let us know my commenting below. 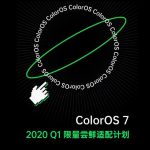 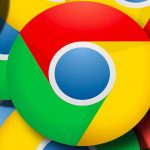