There were a couple or so surprises when we bumped into the first official Samsung Android 10 update roadmap. To everyone’s bemusement, Samsung had placed the One UI 2.0 release date for the Galaxy M20 in January 2020 alongside the flagship Galaxy S10 series.

This also meant that the Galaxy M20 would receive Android 10 ahead of the Galaxy Note 10, Note 9 and the S9 duo. To further verify that it wasn’t by fluke, the Indian One UI 2.0 roadmap confirmed that not only will the stable Android 10 hit the M20 in January, but also the Galaxy M30.

Now, like the Galaxy S10 series that was scheduled to receive Android 10 in January but already got the update in some regions, Samsung has started rolling out the stable One UI 2.0 update to the Galaxy M20 and Galaxy M30 in India ahead of schedule.

Yeah, you read that right! As I write this, the Galaxy M20 is receiving a stable Android 10 update in India as software version M205FDDU3CSL4. The airborne update weighs in at 2022MB and bundles the latest December security patch. The update comes a couple of days after the beta firmware appeared in the wild.

On the other hand, the incoming Galaxy M30 Android 10 update is hitting Indian units as software version M305FDDU3CSL4, the same build as the M20, but weighs about 1GB lighter than its counterpart.

In addition to Android 10, the update also tags along the latest December patch for the Galaxy M30 units, as seen in the screengrab below.

I’m not sure why Samsung is calling it One UI 2.0 Core, but there shouldn’t be any major differences from the version that rolled out to the Galaxy S10 units. Matter of fact, the stable One UI 2.0 update should bring the same changes to both the Galaxy M30 and M20, as shared below.

Note that the One UI 2.0 changelog below is based on the Galaxy M30, but as noted, it should be identical to that of the Galaxy M20.

– Set goals to keep your phone usage in check.
– Use Focus mode to help avoid distractions from your phone.
– Keep an eye on your kids with new parental controls.

– Added Trash feature for Contacts. Contacts that you delete will stay in the trash for 15 days before being deleted forever. 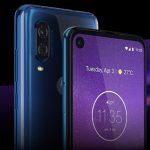 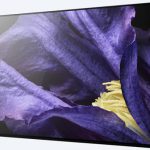