Coolmath Games shutting down in 2020? Here's all you need to know While technology has made it easy to create rumors, social media has made its travel easier. Take for example recent rumors about the shutdown of extremely popular games like Minecraft, Roblox and Fortnite. They spread like wildfire and alarmed the games’ dedicated userbase unnecessarily.

Now that the tittle-tattle about these games shutting has been turned down, we are getting to see userbase of another game concerned about its closure. This time, Cool Math Games – which offers mathematical/logic fun games – is in the spotlight.

Players are curious if the game is shutting down this year. Coming to why are ‘CoolMath Games shutting down in 2020’ rumors/concerns surfacing, well, that’s because Adobe is discontinuing the support for Flash this year. And as Cool Math Games are based on Flash technology, its loyal userbase is worried if the end of Adobe Flash means the end of the game as well. But there’s nothing to worry about. For those naive, Flash is basically making room for new formats like HTML5. In fact, Adobe also asked the content creators to migrate their existing Flash content to new formats.

An earlier report conveys that these shutdown concerns are related to old Flash games, while coolmathgames.com has already converted many of its old Flash games to HTML5. So players need not worry about Cool Math Games shutting down, as that doesn’t seem to happen anytime soon. So just sit back and enjoy the games. 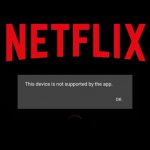 Honor 9X (Pro) not supported by Netflix? Broken SafetyNet might be the reason (Workaround inside)