Shut down rumors of collossaly popular games Minecraft and Roblox in recent weeks have surely got the loyal userbase of these games worried. As far as Minecraft is concerned, someone who claimes to be a Minecraft/Mojang/MS employee rejected the rumors calling it a “stupid hoax.”

But what about Roblox shut down rumors? Well, there ain’t any smoke without fire. What’s the fire in this case? Another prank or is there actually something going on?

Most of you may know about the popular ‘oof!’ death sound, which is part of Roblox games but is claimed to be a creation of Tommy Tallarico (President/CEO, Intellvision). The sound basically belongs to Tommy’s game called Messiah (which was launched in 2000), and this matter came to light in the mid of last year.

Back then, Tommy said they plan to ask Roblox for compensation. Cut to now, a legal document which is alleged as “one of the papers from the roblox oof sound case” has come into circulation. The document says the defendant (Roblox Inc) used the copyrighted material of the Plaintiff (Tommy Tallarico).

So is the 100 Million dollars lawsuit rumor actually true? And could that be the cause of Roblox getting shut down? Well, we’re not sure how legit/reliable this document is. But if Tommy is to be believed, a couple of days back, they outrightly rejected the $100M information.

They also added they’re only asking the company to purchase the sound for a reasonable amount. However, if Roblox Inc doesn’t consider it, they may then go for legal action.

This is not true. I’m not suing @Roblox for $100M. I’ve only asked them to purchase my sound for a reasonable amount. If they continue to say no, then they will force me to take legal action. But it wouldn’t be for $100M (even though they are a $2.5B company). Do the right thing! Then a few hours back, Tommy addressed one of the users saying:

No. I don’t hate Roblox and no, I don’t want them to get rid of the sound. Only looking to be paid fairly for my massive contribution to this amazing franchise.

Though there’s no confirmation about this 100 Million dollars compensation as yet, even if the information turns out to be true and Roblox Inc has to go through the legal procedure, it is highly unlikely that a company as big as Roblox – that envisions to generate a revenue of $40 to $50 million a year by 2022 – would shut down for something like this.

So sit back and enjoy Roblox games until the company officially calls it a game over. Rest assured, we’re keeping an eye on all related developments and will keep you updated. Meanwhile, feel free to share your thoughts in the comments section below. 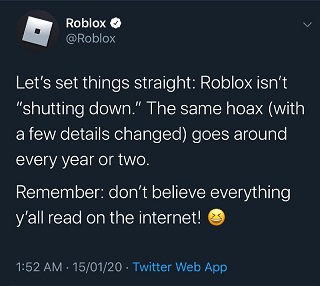 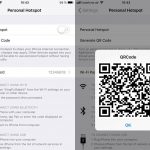