Here’s the crux of the story in a short video:

Minecraft is one of the most popular Sandbox genre games, and it has been created by Swedish developer, Markus Persson. The game was released in 2011 by Mojang & later it was purchased by Microsoft Studios in 2014.

Minecraft is also one of the best selling video games of all time selling over 180 million copies. The game is available on numerous platforms. Well, from the last few days the rumors of the game getting shut down have started flourishing. According to many publications, the game is expected to shut down on December 21, 2020 which has worried many Minecraft lovers.

Just to remind you, earlier in June 2019, support for the Minecraft: Story Mode was removed by Mojang & players were advised to download all its episodes. The game’s story mode was under the hood of Telltale games. But Telltale Games were going through some hard times in business & eventually defuncted.

In an official blog post, Minecraft team stated that, the publisher is no longer in business which means that Minecraft: Story Mode will no longer be supported. Well, the game’s story mode was pulled that doesn’t mean that the game will shut down as it is loved by millions and it will be a mistake if Mojang shuts it down.

Well, we would like to inform our readers that the rumors of the game getting shut down are untrue as there is no official news regarding the shutdown of the game, and the website which posted this fake news, did it to attract some views. According to the pocketgamer.biz website, Minecraft has 112 million active players monthly. Well, it seems quite bizarre to think, why a game of this magnitude will shut down. Also, according to the Statista website, Minecraft sold 159 million copies in May 2019 which is a pretty huge number. In China alone, Minecraft has 300 million registered accounts according to Daniel Ahmad, a senior analyst of Video Game industry.

Have a look the official statement down below. YouTube, is one of the most popular platforms for streaming & watching videos, and Minecraft ruled 2019, by being the most popular game on YouTube with 100bn views. Minecraft also received a boost up in 2019, when Felix “PewDiePie” Kjellberg streamed a series of videos while playing Minecraft.

Coming back to the shutdown rumor, it won’t happen as it’s sales number is huge and its player base is in millions. Also, Minecraft fetched $110 million in revenue for Microsoft in 2018 and the game has only seen a positive graph in 2019 which would have surely increased its revenue. Also, users should only believe the news from official sources which includes – Twitter & Official website. You can check the official channels from links below.

A Minecraft/Mojang/MS employee took to Twiter to confirm that Minecraft is not shutting down, and “Mojang is NOT closing.” Here are both their tweets:

Hey folks, I can confirm that Minecraft servers are NOT shutting down in 2020. It’s just a stupid hoax. Feel free to pass this along.

Once more for the folks who missed the tweet the first time I posted it. Minecraft is NOT stopping, Mojang is NOT closing. #Minecraft P.S. Apart from Minecraft, rumors about Roblox shutting down are also spreading like wildfire. 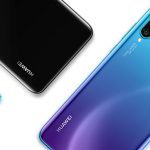