We all rejoice on getting a major OS overhaul. Owing to the numerous features and change in appearances it brings to the table, using the phone for the first few weeks after installation is always a pleasant experience.

What if the OTA brings some chaos? For example, you might have already heard of Google Pixel’s call end bug, media volume issues, and app shortcuts bug after installing Android 10. OnePlus users also suffered from screen calibration glitches and more. 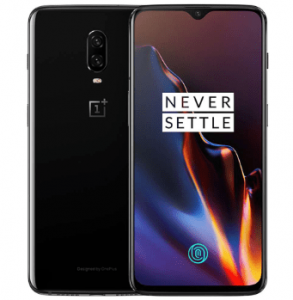 While it’s true that the Chinese OEM released incremental updates after the main OTA, users are not happy with them even now. Going by multiple posts (1, 2) on different platforms, a problem that started bugging OnePlus 6/6T from the time the company first released Android 10 is still prevalent.

OnePlus 6T extreme choppiness
I’ve been having this problem with my phone that makes everything extremely laggy (looks like 10 fps) and I’ve tried factory resetting multiple times and the problem still persists. Could it be a hardware issue or is the software to blame?
(Source)

You can trace the origin of some of these posts back to 20 days before. And yeah, it still persists. Apparently, the frame drops have affected screen recording too. We could spot about half a dozen complaints on Reddit as well as the official support forum (1, 2, 3).

Are you suffering from occasional lags due dropping frames on your OnePlus 6/6T? If you are, stay tuned to this story so that you get to know everything happening around this glitch including official acknowledgement and delivery of the fix.

Note:- Have a look at our OnePlus section for similar stories.

Next article Looking for Cydia Impactor alternative for Mac to sideload IPA files on iOS? Say hello to AltDeploy