One Piece series is really hitting it this year with its increase in popularity not only in Japan but in the whole world. Just very recently a One Piece-Arashi collaboration released an official music video for A-RA-SHI Reborn. The main crew of the series, Straw hat pirates, were the main attraction for this music video.

Luffy and the Straw hats will be seen on an adventure with the members of Arashi. Aside from the Straw hats, a Whitebeard and Ace cameo can be seen near the end of the music video. Furthermore, Jinbei, the latest member of the crew also gets a lot of screen time with his new crew and the band. Jinbei’s appearance in the video

Jinbei’s appearance in the music video is somehow surprising and interesting. Although he officially joined the Straw hats crew in Whole Cake Island arc, he was only with them for a while. He decided to stay behind and save his former crew from Big Mom’s army who stepped in to let the Straw hats escape. Screen shot of One Piece-Arashi collaboration music video as posted on Youtube.

Arashi, literally meaning storm in Japanese, is a Japanese boy band consisting of five members. The members of the band are Ohno Satoshi, Sakurai Sho, Aiba Masaki, Ninomiya Kazunari, and Matsumoto Jun. They were formed under Johnny and Associates talent agency.

Johnny and Associates announced the group’s official formation on September 15, 1999. Arashi was first signed to Pony Canyon, one of Japan’s largest multimedia publishers. In 2001, however, Arashi moved to Johnny’s subsidiary, J Storm. J Storm was set up for the group’s succeeding album releases.

Arashi’s songs appeared to have huge success especially after releasing their first album in the first year of their career. Their succeeding albums which were a mixture of pop and contemporary approaches attracted core followers but eventually faced commercially low sales. It was the case until they released their eighteenth single, Love So Sweet which was used as the opening theme song for Hana Yori Dango 2, a high-rating drama series in 2007. Screen shot of One Piece-Arashi collaboration music video as posted on Youtube.

Arashi was formed by the then president of the talent agency, Johnny Kitagawa. He chose five among the trainees of Johnny’s Jr. division talent agency to form the group Arashi. The group was named Arashi to represent the agency’s goal of creating a storm throughout the world.

The group made their CD debut on November 3, 1999, with their first single, Arashi. The same song was used during the FIVB Volleyball Men’s World Cup hosted by Japan in 1999. It then becomes a major hit, selling 557,430 copies in its first week and almost a million copies by the end of its chart run. Whitebeard and Ace cameo as seen by fans poseted on Reddit.

A-RA-SHI Reborn is a remake of the group’s first single, collaborating with One Piece series which celebrated its 20th year anniversary last 2019. The official music video was released on Youtube on January 4, 2020, at 12 midnight which now has about 500,000 views. 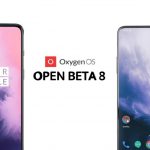 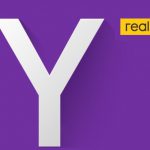