The stable version of Android 10 has been out for a couple of months and even mid-rangers are now getting the taste of the latest version of the operating system. For example, Nokia 7.1 recently received the update.

Samsung has also been able to successfully push out the Android update to a number of its devices. Besides the current-gen flagships, Galaxy M20 and M30 started receiving the stable build of Android 10-based One UI 2.0 earlier this month in India.

This is an impressive fete for Samsung, especially bearing in mind how heavy their skins usually is. But the update hasn’t been all rosy. Many Galaxy M30 users have been experiencing some bugs with the new system.

Luckily, Samsung has been quick to address these issues. Samsung Galaxy M30 users are receiving an incremental software update that has a software version CSL5.

While the changelog only mentions security improvements, many users have noted a few of the bugs they were facing have been resolved.

Other than these little unspecified bug fixes, the update brings with it the same December security patch. It weighs in at a rather meager 127.35 MB.

Also worth noting is that the Galaxy M20 has also bagged its first incremental software update. In a similar fashion, the update came to patch a few bugs over the initial Android 10-based One UI 2.0 build.

Galaxy M30 was released back in March 2019 as part of Samsung’s affordable M-series line of smartphones. While the M-series is not as varied and all-encompassing as the A roster, there’s still a fair bit of segmentation and the M30 stood out.

The Exynos 7904-laden phone sports a big 6.4-inch Super AMOLED display with a full HD+ resolution (1080×2340 pixels). The panel is crisp, has good viewing angles, and is also legible when outdoors. It has a small notch in the center of the top, which houses the selfie camera.

NOTE: We have these and many more Samsung-related stories in our dedicated Samsung section. Check it out for the very latest on all things Samsung. 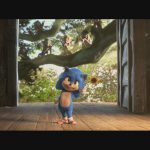