What it is like going from Original Pixel to Pixel 4… Is it worth it?

When my Pixel (2016, 1st generation model) received its last security patch earlier this month, I was compelled to go for a new phone by the end of the month. After all, I am a person who cares enough about the device’s security to do this, and so the decision had to be made.

Being a tech enthusiast, I have heard/read about the issues highlighted by other users and the stuff that has been all over the media about the Pixel 4/4 XL, which made me skeptical about purchasing it.

Anyone who falls for this device after reading a multitude of mixed reviews must have some major courage, I had thought. So my choices were basically between the only devices that I knew receive constant, guaranteed security patches either monthly, or at least as often as every few months.

The device didn’t matter that much to me aside from being secure, as I use Google Fi for my carrier, who have now opened their network to all current-generation devices (I have a friend who uses Fi on his Galaxy S10). But they’ve kept their exclusive features limited to the Pixels & Fi-certified devices. 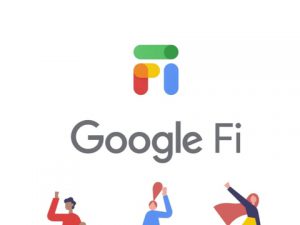 Considering that Google has now added Fi compatibility to iOS devices as well, I also added the iPhone 11 (not the Pro models, since I consider those devices to be way too expensive for just extra camera functionality) to my list of devices to consider.

So this brought my list between the Android One editions of the Nokia line of Android phones, the Pixel 3a/3a XL, the Pixel 4/4 XL, and the iPhone 11 as well as the Fi-capable devices Google listed/has listed on their website, like the Moto G7.

Add to that the fact that I was looking to get my devices from either Google Fi themselves or a local Best Buy store, that ultimately shortened my devices list.

In the case of the Nokia devices, I had ultimately based my considerations on their mid-range devices, like the 5.1, as well as the high-end 7.1 model.

While these devices have been promised to receive the Android 10 upgrade – in fact, the 7.1 already got it a few days back – I was thinking about the upcoming Android OS updates, as Nokia 7.1 will likely get another major OS upgrade, however, Android 10 likely be the last on for Nokia 5.1.

Of course, I would like to grab a device that’ll get at least two major Android updates after I buy it, so that I am at least sorted or a couple of years. This all in all left me with Fi-compatible devices, including the Pixel phones, and the iPhone 11. Next, I had looked at the iPhone 11. Would I be willing to try to take the plunge and pay for another iPhone and try using iOS again for the first time since I had my iPhone 5c? I will admit, I had highly considered it for a few hours.

But I came to decide not to since I have two Google Nest smart speakers at my home, and a Chromecast as well as a Chromebook that I use at work. Being as I also work for HP, most of the demo printers I set up are Google Cloud print-ready, but not all of them are Apple AirPrint compatible yet.

So, the iPhone was out of the race.

This brought me to my choice between the Google Pixels, as after looking into the other Fi phones that were available, nothing else appealed that much to me.

While the Pixel 3a and 3a XL had amazing reviews across the board (and even brought back the headphone jack… THE HEADPHONE JACK!!!!!), I enjoyed the cool sounding features on the Pixel 4/4XL.

So, I was willing to give the Pixel 4 models a try, and decided that if they didn’t appeal to me, then I would return them and buy the Pixel 3a.

When I bought the Pixel 4 at Best Buy, frankly speaking, the price seemed outrageous compared to the other flagship devices like the iPhone 11 and Galaxy S10e. It was outrageous enough to make my jaw drop! When I had purchased my OG Pixel in 2016, at that time the price seemed amazing.

I now had to ask myself while my jaw was dropped and I stared in contemplation, where did the time go when phones were actually priced for what they were worth? I still believe that the iPhones aren’t worth any more than $500, personally.

But nonetheless, I swallowed my tongue and went with Best Buy’s Progressive Leasing program, which is essentially like financing the device (along with any accessories) with a carrier. I had opted for bi-weekly payments, as I get my paychecks every two weeks.

The payments didn’t seem half as bad to me… $69 every two weeks was just the tip of the iceberg.

When I had first received the device, I was as excited as a child in a toy store! My eyes sparkled as I unwrapped the plastic from the device! When I had turned the phone on and was going through the setups (which I had done as soon as I got to my car), I ran into my first problem.

No, it wasn’t the setup process itself. No, it wasn’t any connectivity issue. It was that when I first powered it on, the device was at half a battery. When I had gotten halfway through the setup, that had dropped low enough for the device to display a notification to charge it ASAP. Luckily for me, my previous Pixel device utilized USB Type-C charging. So, I had a car charger to plug it in. But this didn’t make me feel as comfortable with it to begin with.

After updating the phone completely, activating my eSIM for Google Fi, and installing my apps from my previous device, I had decided to try and use it as if it were my normal, everyday Pixel (which, technically, it is).

Seeing as I am a very heavy user who listens to music, plays graphically intensive games like Elder Scrolls: Blades, navigates almost everyday with Google Maps and has to use quite a plethora of apps on my job (most of which run all at once so I don’t lose any data by closing out a few of them), I already knew my battery would drain quickly.

But I wanted to test my everyday usage against it and see if the updates and patches might fix this.

I will admit, the screen is noticeably VERY fluid and fast compared to that of my original Pixel device. Its fluid enough that I personally do not notice the refresh rate changing from 60Hz to 90Hz. In terms of battery usage, it lasted me longer than the initial representation the device had given me.

After all I do, I go from waking up at 9:30 in the morning, at 100 percent battery, until 7pm, when I am just starting to finish up with my job, with the percentage at 20%. That isn’t half bad, especially considering I have a car charger, so the worry isn’t there of not being able to make it home without my GPS.

Coming to the face unlock technology google that decided to use instead of a fingerprint sensor, I honestly think it is VERY fast, responsive, and fluid.

There are times when the device does take a minute or two to recognize me, and occasionally, I must swipe up as if I am going to input my pattern before it will recognize me. But I’ve had very little issues so far.

I must say the app support for the new Biometrics API, that the company decided to use is absolutely TERRIBLE (my primary bank, Wells Fargo, doesn’t even support it, but Bank of America did at launch!!!).

Not to miss, it doesn’t support the option to unlock only when you’re paying direct attention to it. But the attention aspect of it doesn’t faze me because I like being able to wear sunglasses? and still be able to unlock my device.

The portrait mode on the device is just OUTSTANDING!! The Night mode could use a ton more tweaking for my taste. But I have had no issues whatsoever out of the Pixel 4’s camera setup.

Really, the only issues I’ve ever had out of the device is the terrible battery and the price. But seeing as the battery DOES last be just a “pinch of salt” longer than the OG Pixel I had, it is acceptable enough for me.

All-in-all, I absolutely LOVE my Pixel 4. I think it was a fantastic switch from me previous Pixel. You do have to consider that everyone has their own opinion, however. People have just come to expect more than enough from phone manufacturers, and this isn’t okay.

The basic things such as better batteries in a much slimmer phone than the last just isn’t possible! Sticking on three to seven cameras is just plain weird and freakish-looking!

And charging consumers prices up to $2000 (did I mention there are a couple of MacBook’s at that same price which can do WAAAAYYY more than a phone will EVER be capable of doing?) is just plain selfishness!!!

But hey, in the business world, companies adjust to whatever the latest trend is to keep up their market share, and on the consumer side, customers and the media will react accordingly with their expectations.

Due credits for writing this article: Jeremy Bohrer

Next article Wish you had iPhone-like app switcher on iPad? iFaded jailbreak tweak to your rescue