Smartphone manufacturers seem like they are running out of new and compelling names for their smartphones. The year 2019 has been full of phones with suffixes like Pro, Max, Plus, what not!

Clearly, it shows that all the innovative ideas and thoughts are put in the design and other elements of the smartphones while a small amount of brain is spent on naming them.

Samsung is also one of the OEMs that brought in additional variants on its flagship lineup i.e. the Galaxy S-series and the Note series. To recall, in the Galaxy S10 series we have the regular S10, S10e, S10 Plus, and the S10 Plus 5G. Galaxy S10e is the lighter version of the Galaxy S10

While in the Galaxy Note 10 lineup we got Note 10, Note 10 Plus as well as the 5G capable variation of both. And Samsung just does not want to stop here.

According to leaks and rumors, it is confirmed that the Note 10 lineup will have another sibling by the name Galaxy Note 10 Lite. In fact, going by the leaked specs and other information, there is nothing “Lite” about this new Galaxy Note 10 Lite device. PiunikaWeb readers must know that earlier we have reported leaked images and other certification details of Note 10 Lite.

Thanks to WinFuture.de, we now have a truckload of information about the Galaxy Note 10 Lite. They came up with a similar blockbuster leak about Galaxy S10 Lite as well.

Let us take a look at the details one by one.

The Galaxy Note 10 Lite is expected to come with a slightly older Exynos 9810 processor under the hood which you have seen on the Galaxy S9 from 2018. The chipset can clock up to 2.7 GHz and is one of the reasons why Note 10 Lite can be priced a bit cheaper. 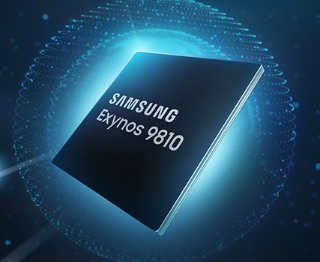 It will be paired with 6GB of RAM and 128 GB of internal memory. However, users can expand the storage to a max of 512 GB via a microSD card. Surprisingly, there will be a 3.5mm headphone jack on the device.

The camera system on the Note 10 Lite seems pretty interesting. The device will sport a 12MP triple-lens setup.

The first 12 MP sensor will have an f/1.7 aperture with dual-pixel autofocus, the telescope 12 MP camera (f/2.4 aperture) will sport double magnification while the third wide-angle 12 MP lens will have an f/2.2 aperture. In the front, Note 10 Lite will house a 32 MP selfie shooter for higher resolution images. Though there is no confirmation on whether the device will have an image stabilizer or not.

This is one of the highlights of the Note 10 Lite as according to reports, the smartphone will sport a 4,500 mAh battery which is larger than Note 10 or Note 10+.

Moreover, the device will support fast charging up to 25W. However, the Note 10 Lite will miss out on support for wireless charging.

Some other features of the Note 10 Lite include Bluetooth 5.0, NFC, USB Type C and WiFi 6. Note 10 Lite will also pack in Face recognition and ultrasonic fingerprint scanner for enhanced security. The device will be reportedly 8.7 mm thick and would weight around 198 grams.