Moreover, the expected pricing of the latest member of the Galaxy Note series has also been revealed. Thanks to the Bluetooth certification database, we now have access to some information about the S Pen that will retail with the Galaxy Note 10 Lite.

As you might know, S Pen is one of the key highlight features of the entire Galaxy Note lineup. From the past two years, Samsung has been enhancing the features of S Pen and it’s no more a stylus for drawing or writing down your thoughts.

Well, we can now use the S Pen to click photos, control slideshows, and much more. 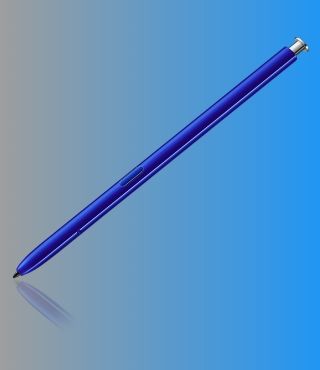 Surprisingly, Galaxy Note 10 Lite would be the first Samsung smartphone to come with Bluetooth 5.1. The inclusion of Bluetooth 5.1 in this smartphone will also enhance the feature set of the included S Pen.

Click/Tap for enlarged view (Source, Via)

Samsung might implement this technology to implement (at least theoretically) location tracking in the S Pen. Now that the stylus already supports gesture, the possibilities are endless.

As of now, there’s not much information available about the actual hardware configuration of Galaxy Note 10 Lite. However, some reliable leaks suggest that this device might be powered by Samsung’s own Exynos 9810 processor.

(Featured image is taken from a set of leaked renders of Galaxy A91 by OnLeaks. Galaxy Note 10 Lite allegedly shares a number of physical characteristics with this phone.)