The owners of OnePlus 6/6T have experienced quite a drama regarding the Android 10 update. Since the first beta build, numerous bugs and issues appeared out of the blue, and they were not properly resolved in the initial stable build. The next part was obvious – yet another re-release saga.

Although the revised update was pushed during the first week of December, it comes with October security patch. Yes, you read that right – not even November. Even the last Open Beta update for the phone duo came with the same old patchset.

Well, the good news is we have a new set of updates rolling out. Sadly, this Open Beta 3 features November patch – quite unacceptable as we are just two weeks from entering into January 2020.

OnePlus’ Manu J. is quick enough to publish an official announcement thread. Interestingly, the second Open Beta is a mandatory prerequisite for installing the latest update.

NOTE: To successfully update to Open Beta 3 you need have Open Beta 2 installed on your device. Please first update from older open beta builds to OBT 2, otherwise the update will fail.

The combined changelog of Open Beta 3 for OnePlus 6/6T is as follows:

– Sign up to get rewards, premium experience and exclusive offers

Remember the rich integration of OnePlus account inside the Settings app that we saw in the latest OxygenOS update for OnePlus 7T series? It is now available on OnePlus 6/6T as well.

Moreover, the India exclusive 50 GB cloud storage is finally accessible on OnePlus 6 series as well. We discussed about the whole deal in details in one of our older articles, so don’t forget to take a look.

Thanks to our collaboration with the Oxygen Updater project, our readers can download the update packages straightaway without waiting for the OTA prompt. 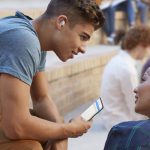 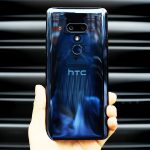