Google’s Android One program is positioned as an understudy to the Pixel lineup especially when it comes to software updates, but things are pretty much different on the ground.

To date, only a handful of Android One devices have picked up the stable Android 10 update. Interestingly, the devices in question – Nokia 8.1, Nokia 9 PureView, Nokia 7.1, and Moto One Power – all trailed OnePlus devices that have OxygenOS custom skin in getting the OS.

Even more disturbing is that the heavily-customized MIUI 11, EMUI 10 and One UI 2.0 have already hit the stable channel yet devices with clean, Android One software are still trialing the OS. But it seems the wait won’t be long, at least for those using the Moto One Vision.

The Moto One Vision received its Android 10 orders late last month. The update is limited to a handful of units and when it arrived, it came in as version QSA30.62. It’s unknown when the stable rollout will arrive, but there is a feeling that it’s imminent.

Unless Motorola is addressing a very critical bug with this update, the only other guess is that this update is clearing the path for the imminent arrival of the stable Moto One Vision Android 10 update.

But don’t be too quick to get carried away as the company is also preparing a December security update for the same Moto One Vision for folks in India, which could mean the wait for Android 10 is still on.

Still, it would be nice of Motorola to push the stable Moto One Vision Android 10 update with the December patch included before the end of this year. We will keep an eye on the story and bring you news as and when we get them.

You can download the new Moto One Vision firmware from the link below and install it manually.

NOTE: We have more Motorola coverage here. For more Android 10 stuff, check out this section. 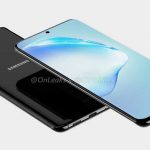 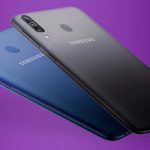