The latest craze in software development is the implementation of a system-wide dark mode, be it from an operating system level like Microsoft, Apple, and recently Google already did with Windows, macOS, and Android OS respectively or down to individual app developers.

One of the reasons many are looking forward to Android 10 is the system-wide dark mode the OS comes with. The feature lets users turn every aspect of the OS to a dark theme, including forcing unsupported apps to go dark.

But rather than force apps to conform to the system-wide dark theme, Google has urged individual app developers to include a dark mode of their own to go with the system’s offering.

To lead by example, the search giant has already added a dark mode to nearly all of its apps such as Gmail, YouTube, Messages, Duo, and even the Google Play Store, among others. But as usual, other apps are still lagging behind, among them Facebook-owned WhatsApp.

Talks of WhatsApp dark mode have been ongoing for months now. Matter of fact, we reported about the imminent arrival of dark mode on the popular chat app way back in May and revisited the topic early last month. 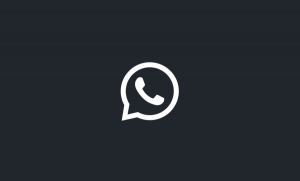 Still, there is no official WhatsApp dark mode available for those in the stable channel. In fact, not even those taking part in WhatsApp beta program have direct access to the dark theme on the app, but there are growing signs that the feature is almost ready.

Notorious WhatsApp tipster WABetaInfo has discovered a WhatsApp Picture-in-Picture (PiP) bug that springs the app’s dark mode feature to life for some beta testers. All you need is to pull a YouTube link to a WhatsApp chat and play it in PiP mode while the keyboard is open.

If you would like to see the dark theme temporarily and legitimately, you should use this “dark theme bug” (WhatsApp for Android). Sometimes it shows the dark theme.

I tried to replicate the bug on my end but I couldn’t, although several tweeps say they successfully got WhatsApp dark mode to work on their end.

Yes it works! ? While keyboard is open. Thank you.
Source

Even more interesting is that someone else has shared a screengrab of their WhatsApp settings page showing off the Theme option in the menu, as seen below.

All these are signs that WhatsApp dark mode is imminent, but we still don’t know when the stable channel will get it. Perhaps Facebook is preparing a Christmas gift for you. We will let you know just in case.

For those on rooted devices, you can already enable WhatsApp dark mode using the method documented here. 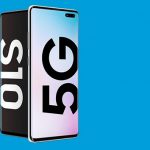