WhatsApp dark mode has been in development for the longest period ever. Sure, Android 10 users can already force dark mode on WhatsApp, but the Facebook-owned instant messenger is also working on a native solution of its own, just like other apps.

Popular tipster WABetaInfo has on multiple occasions dropped hints of WhatsApp dark mode in development, but the feature is still nowhere to be seen. Apparently, though, the wait might not be long.

We’ve been here before, where evidence suggested that WhatsApp was about to go dark in a near-future public update. With this in mind, there is still no guarantee that these latest developments confirm the imminent arrival of the feature in the stable channel.

Several Redditors are reporting that WhatsApp is now displaying some of their messages in dark green color, as seen in the screenshot below.

Even more interesting is that someone in Germany can already enjoy WhatsApp dark mode on their device even though the feature isn’t available officially, implying that the rollout is probably happening for select users.

I already have it. Pretty neat

This isn’t surprising, though, because according to WABetaInfo, some of those using the latest WhatsApp beta 2.19.311 already have access to Dark theme.

What remains a mystery is when exactly WhatsApp will receive the dark mode feature on the public version. From the latest developments, though, it is indicative that Facebook is rolling out the feature to a few random users before going public.

We will keep an eye on WhatsApp dark mode developments and bring you the latest news as and when we get them. Meanwhile, stay tuned to PiunikaWeb for more interesting coverage. 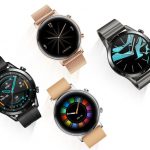 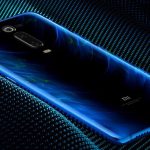