Bringing a consistent form of dark mode is not an easy task, as the existing implementations are very much fragmented. Even the apps from Google don’t have a standard way to toggle the color scheme – some rely on underlying system settings while others sport a distinct option for switching.

Besides the Google apps, a majority of users are craving for a proper dark mode enactment in WhatsApp. The Facebook owned messaging application is used by millions, but the parent company is taking a slow path in this particular domain of development.

Since last few months, there are several glimpses of the upcoming blackish theme on WhatsApp. Third party Android skins, such as ColorOS can manually override the color scheme of the app. However, the end result is often inconsistent.

We do know the actual first-party update is just days away, but now you can achieve the inherent dark theme of WhatsApp! The thing is, the necessary assets are already part of the latest stable channel build (2.19.352). All you need ‘a magic spell’ from the server side.

Well, if you have root access, you can turn it on yourself. All you have to do is navigate to the following directory:

Open the file named ‘com.whatsapp_preferences.xml’ and add the following line in it:

Save the file, force close WhatsApp and re-open it. You should have a new theme option like this:

Android uses this SharedPreferences thing to store different parameters in the form of key-value pairs. The community discovered this particular key in the beta version of WhatsApp a few months ago. Now that the stable build supports it, official release should be imminent.

Once again, this is not AMOLED friendly true black, but more of a darker tone of green/gray. There are other shortcomings as well, as automatic switching with night light reportedly doesn’t work.

EDIT: Doesn’t switch automatically with night light. What a shame

Do you like the dark mode offering by WhatsApp? Facing any problem to activate it on your phone? Let us know by commenting below. 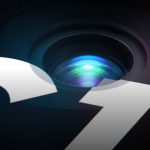