Samsung has been one of the top performers in recent times when it comes to pushing out the security updates for its devices. Now in a recent development, two Samsung devices are getting new security updates.

If you are the owner of unlocked Galaxy S10 in the US then, there is a new security update that brings in December 1, 2019 patch level and some performance enhancements.

This new update arrives with version number BSKA and weighs in around 198.35 MB in size. Below is the official changelog of the update and the screenshot of the update prompt shared by one of the users:

What’s New:
The security of your device was improved.

A software update may include among other things
– Corrections of errors and improvements in the stability of the device.
– New or improved functions.
– Improvement in performance.

However, this build is still based on Android Pie. While global Exynos based Galaxy 10 family already received stable One UI 2.0 update in some regions, US users might need to wait another month.

Another Galaxy device i.e. the Galaxy A50s is getting a new update which is the second November update for the device in India. The cousin of this mid-ranger (i.e. Galaxy A50) already got December patch, but this one is lagging behind.

The update is purely incremental in nature and only brings along the November security patch for the Galaxy A50s. It arrives with the version number ASK7 and weighs in around 129.82 MB in size.

PiunikaWeb readers should note that the Galaxy A50s have already received a November patch in India with version ASK5. While we are not sure about the improvements, both the updates are being pushed via OTA in batches and will take some time in hitting all the units.

However, you can manually check for the update notification by heading to System>>Software Updates>>Download updates manually. 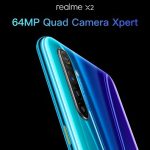 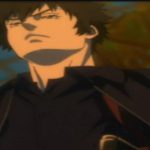