Samsung has been doing really well lately in terms of pushing out updates. This is a sharp contrast from the Samsung of yesteryears. Considering the recent endeavours, Samsung is one of the best-performing OEMs in terms of software update and maintenance nowadays.

It is early December and a handful of devices have been updated to, or received the December 2019 Android security patch update. Well, Samsung has beaten even Google in rolling out the update to its devices.

Sticking to that rather impressive streak, Samsung is rolling out the December patch update to the US Snapdragon variant of the Galaxy Note 10/Note 10+. It is worth noting that while this is the unlocked variant (SM-N97xU1); the carrier models might have to wait a little longer for the same.

The update can be identified by the ASK2 software version. The global Exynos-powered Galaxy Note 10 also picked up the December patch in the form of build ASKB a few days ago.

Other than an improved security patch, there is no new feature. The changelog is the typical one we have seen with every Monthly Android security patch update.

Although it is possible to flash the unlocked firmware on carrier units, you may lose some functionalities like voicemail or Wi-Fi calling. Interested users can use tools like Frija to download the firmware directly from Samsung update server.

Being at the top of Samsung’s portfolio in 2019 automatically means that it is first in line for the next version of Android. The Note 10 is scheduled to get the Android 10-based One UI 2 in Q1 of 2020 according to Samsung’s official timelines.

However, we have recently seen the stable build of One UI 2.0 ‘accidentally’ hit Galaxy Note 10 in Canada. Guess someone pushed the red button sooner than we expected.

Samsung is also known to push out bug fixes and system improvements along with these monthly Android security patches. The fact that this monthly update only brings the Android system patches could mean that this is a precursor to stable Android 10 update. Stay tuned! 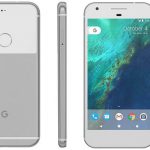 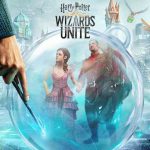