The first OxygenOS 10 beta update that brought Android 10 to OnePlus 6 and 6T went live on October 19. The stable version arrived in early November but even before then, we already warned our readers against installing the early beta firmware.

With OnePlus deciding to roll out the stable OxygenOS 10 to the duo, we thought bugs discovered in the beta version had been addressed, but it turned out otherwise.

OnePlus 6T owners started reporting a fingerprint animation glitch right after upgrading to Android 10. Furthermore, others reported that Digital Wellbeing was nowhere to be seen in their units.

As a result of these annoying bugs and a few more others, the initial OnePlus 6/6T Android 10 stable rollout was quickly halted, with the company promising to address the issues before resuming the rollout.

Since the rollout was halted, folks in China have received a couple of HydrogenOS updates to the Open Beta channel, but none has been pushed to the OxygenOS channel. In fact, we’ve come across shreds of evidence that suggest OnePlus 6/6T Android 10 stable update has been delayed.

To further add more weight to the evidence we’ve gathered, OnePlus last week took to its forums to ask OnePlus 6/6T owners to remain patient as the company finalizes the stable Android 10 update ahead of a potential rollout this week.

For OnePlus 6/6T users, your patience is much appreciated. There’s a build waiting for CTS approval, and hopefully you can start receiving the update from next week on (if CTS is passed).

With the promised week almost on its bed, OnePlus has come out with yet another statement that could as well imply OnePlus 6/6T Android 10 update is still a long way to go. Apparently, the company says it is testing yet another Android 10 build for the duo, but this time without an expected release date.

Another batch of testing is going on, we’ll keep you posted if there’s any news on OnePlus 6/6T update.

With the latest developments, it’s nearly impossible to tell when the OnePlus 6/6T Android 10 update will be re-released, but we hope the wait won’t have to go all the way to 2020. But even if it does, we will be here to let you know when it actually begins rolling out.

After pulling back the stable build earlier, OnePlus is now globally delivering the second Open Beta update for OnePlus 6 & 6T based on Android 10. Details here.

OnePlus has finally started rolling out the stable OnePlus 6/6T Android 10 update in China with HydrogenOS layered on top. Head over to this article for further details.

NOTE: We have more OnePlus-related coverage here. For more Android 10 stuff, check out this section. 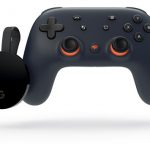 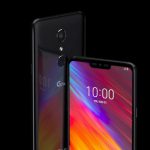