Now there is no denying the fact that today’s smartphone market has become very competitive. Major OEMs like Samsung, OnePlus, Huawei, and Nokia are fighting for their fair share of the global smartphone market, continuously.

There are new players like Realme as well that, in a short span of time, have made quite a big user base and with its promising products have made its way to the big leagues.

Not only with products, but Realme has also made its user base strong by pushing out timely security and other updates for its devices. Moreover, the recently launched ColorOS 7 (ColorOS is the official skin of Realme) will be arriving very soon.

And in a recent development, Realme has pushed in the November security patchset for two of its device i.e. Realme X and Realme X2 Pro. The Realme X gets features like dark mode quick toggle, and a lot of bug fixes, while the Realme X2 Pro, along with the latest security update, gets the camera, and display enhancements.

Talking about the update, it arrives with version number A.21 in China and brings along a lot of enhancements and bug fixes for the device. Previously, we have reported a similar update (A.20) was up for grabs in China. Below is the official changelog and the screenshot of the same:

Repair
● Fixed an issue where theme stores could not download resources
● In the dark mode, the conversation background of the WhatsApp application is not clear
● Fix the problem of killing the WeChat process after switching the dark mode switch
● Fixed a problem where the power saving mode turned off the Dolby sound when playing music.
● After the game is repaired, the swipe gesture enters the multitasking interface, using one-click cleanup, multiple clicks, and no report is responding.
● Repair mobile phone data Use VPN tool to download stickers, prompting network connection failure

We are not sure why they have to re-release the November patch in the form of a new build. The Indian variant, on the other hand, is still stuck with October patch.

Our readers can head to the below section for manual sideloading:

Talk about promising products, the recently launched Realme X2 Pro which packs in all the premium flagship features like a 90Hz refresh rate display, Snapdragon 855+, a huge 4,000 mAh battery, etc is available for a price of a mid-range device.

Coming to the update received on the device, it arrives with the version number A.12 and is currently available in China. Notably, the European version of the device has already been served with the November security patch.

The update brings in quite a lot of enhancements for the camera like a front super night scene, optimized HDR photo, optimized noise reduction, fix the probabilistic display, optimized 90Hz display, memory management and more. Below is the official changelog and the screenshot of the same:

At the time of writing this post, the download links for this update for Realme X2 Pro is not available. We will update this post, once we have the link with us. 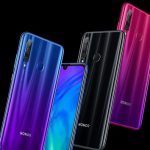