You either know everything about the Black Shark phones, or you never heard of it. The Black Shark family was started as Xiaomi’s gaming-centred lineup. They are so focused on being hard-core gaming device that the phones sport little in terms of day-to-day usability.

All the phones contain the highest end internals, necessary for intense gaming. Regarding functional design, these gadgets feature insane cooling performance to ensure efficient heat dissipation. This is necessary as these games often tend to run these devices really hot. Black Shark as a company is operating independently from Xiaomi since the inception. However, their upcoming Android skin, aka JoyUI 11, is somewhat inspired by MIUI 11.

While Xiaomi has a rather decent track record when it comes to pushing out updates, the Black Shark line of phones are kind of lagging behind in this front. 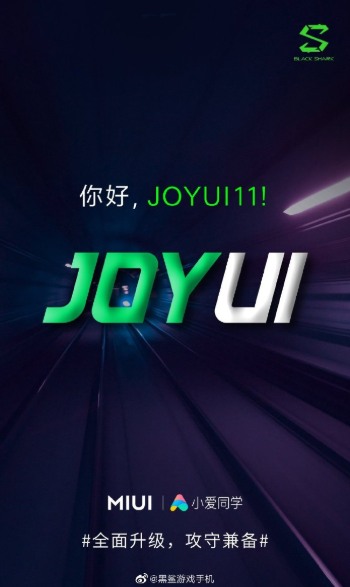 Stable JoyUI 11 is still a long way to go

Yesterday, the Black Shark 2 got the October security patch. This update is long overdue as many other OEMs are consistently pushing out the November patches. Nevertheless, the original Black Shark is now getting the same security update in the form of November OTA.

The update for Black Shark 2 brought a bunch of improvements; mostly related to system stability and network performance. The same saga is repeating with Black Shark 1 was well. Once again, the October security patch is coming in the middle of November. Why that is the case,? No one really knows. This update brings the build number from G66X1909040OS00MPP→ → G66X1910301OS00MPP. The complete list of changes is as follows.

4. Addressed issue that LED lighting dysfunction when getting notification

5. Addressed a issue may cause silent ringtone when receiving incoming calls

7. Addressed issue that unable to use 16/9 ratio in front camera

9. Optimized the interface and translation in Performance Master The first-gen Black Shark got Android Pie update back in September with August security patches. As you can see, delayed OTA delivery is pretty much common for this phone.

Being an OTA update, the rollout is staged, meaning some Black Shark 1 units will receive the download notification ahead of others. If this happens, don’t freak out. That’s just how OTA updates work. You should receive it very soon.

NOTE: For more related coverage, check out our Xiaomi and Black Shark sections.