Xiaomi has pushed the MIUI 11 for a lot of Redmi and Mi devices recently. Now the software enhancements are coming to the Black Shark smartphone family that runs the JoyUI custom skin.

The OEM has announced and confirmed the MIUI 11 features will be made available for the Black Shark devices which run on JoyUI. This new update will bump the version of the skin to JoyUI 11. It is not yet confirmed which features will come over to the Black Shark’s newest iteration of JoyUI. System-wide dark mode support, new camera modes, always-on display presets – the list could be quite long.

Below is the official announcement made by Xiaomi on Weibo (aka Chinese equivalent of Twitter):

The new JoyUI 11 will be probably based on the Android 10, however, there is no concrete information available for it. But, we can speculate that many of the enhancement features will be brought over to the latest JoyUI 11 for the Black Shark devices.

The latest MIUI 11 brings in features like new icons and animations, ultra power saving mode, Digital Wellbeing etc for the Xiaomi devices. Point to note is that the MIUI 11 does not necessarily need the Android 10 to run. It can also be based on Android 8 or 9.

For example, all the previous update rollout of the MIUI 11 has been done on Mi and Redmi phones running either Android Pie or Android 10. We will keep you in the loop until we have some concrete information regarding this.

Let us know in the comments below are you excited for the latest JoyUI 11 for the Xiaomi Black Shark device?

Black Shark has recently announced the start of the “Open Internal Testing Recruitment” for the JoyUI 11. The registration is limited to about 20,000 testers and they will be the first to experience the latest Joy11 based on the MIUI 11 on the Xiaomi partnered Black Shark gaming smartphone.

You can check out the announcement done on Weibo (the Chinese equivalent of Twitter) along with registration procedure and steps below:

For your convenience, we have translated the texts from the above announcement image from Chinese.

Steps for registration (translated from Chinese)

Note that the small scale internal testing is expected to begin in November. However, the stable update is expected to push to the Black Shark devices starting in December.

What are the new features of JoyUI 11?It provides a more powerful basic functional experience for gamers.

Black Shark has announced that the JoyUI 11 beta update which is based on MIUI 11 for the devices will start soon once the China JoyUI 11 ROM open beta campaign ends. Read the entire story here. 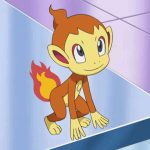 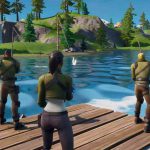