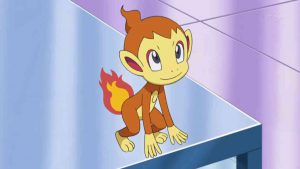 If you are lucky, you may also encounter shiny Chimchar. Speaking of Chimchar Shiny family, it features reddish color on body, tail, and flames.Chimchar evolves into Monferno and Monferno further evolves into Infernape. Have a look at Chimchar’s shiny family down below. 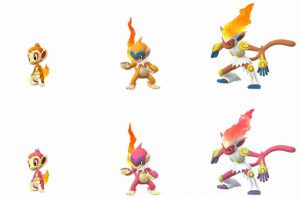 Apart from Pokemon Go November Community Day, Niantic has also announced the arrival of Terrakion to five-star raids. So the next member of the Swords of Justice group is arriving to the game on November 26, 2019. 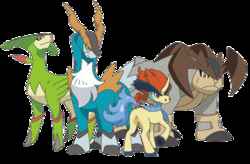 Terrakion will stay in Raids until December 17, 2019, at 1 p.m. PST. As a Tier 5 Raid Boss, it’s CP is 48457. Also, the best counters of Terrakion are Mewtwo and Metagross. Players can catch Terrakion in the following CP ranges. If you don’t know how to find and defeat Team Go Rocket leaders, you can follow the guide here for all three leaders – Arlo, Sierra, Cliff. Also, if you are facing trouble defeating Giovanni, you can head here.