Huawei sends out monthly security updates to some of its devices such as the P30 and P30 Pro, the flagship Mate 20 and Mate 10 families (excluding the Lite variants), as well as the Honor 20/Pro, Honor View 20 and their immediate predecessors.

The rest of the Huawei and Honor smartphones receive security updates on a quarterly basis, which makes it quite a big deal for those with devices in this bracket whenever a new software update arrives.

One such device is the Honor 9 Lite, which came out about two years ago running EMUI 8 based on Android Oreo. The device got its update to EMUI 9.1 based on Android Pie in July 2019 and has since been receiving regular security patches as well.

The airborne update is arriving as EMUI 9.1.0.137(C675E5R1P4) and weighs in at 218MB, but it brings no more than the new security patch, at least according to the changelog.

Even though there are claims of evaluation by the company, the Honor 9 Lite is unlikely to receive an update to EMUI 10 based on Android 10. Going forward, you should keep receiving security updates based on Pie.

Below is the changelog as provided by Honor:

2) Some of the users were facing the lags while navigating through Honor Band Menu, which is also fixed in this update. The touch screen sensitivity is improved and navigations are very smooth.

In case anything weird pops up after installing the new update, it is recommended that you reset the band via Menu -> More -> Settings -> Reset for fix.

It will take some time before all Honor 9 Lite and Honor Band 5 units receive their respective software updates, so be patient as you wait for the OTA. Meanwhile, check out our Honor section for more related stories. 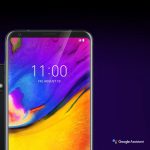