Launching a smartphone is half the process. For an OEM to flourish in the market, they have to followup with timely updates. Each month, they should release security patches to safeguard devices and keep the users happy.

Not long ago, even Motorola released a pile of updates to their smartphones. You know how the Lenovo-helmed company treated OTA rollouts in the last few years, don’t you? Provided pathetic security update followup in the past, the company seems to have found their way to the old glory.

Huawei also rolled out a number of security updates this month. We know the company launches budget smartphones under the banner of Honor. Just today, we spotted many Honor 8C units receiving August update.

A few days ago, the company pushed the same to Honor 10 and Honor 9N too. However, the 9N users had to find themselves in disappointment because the package didn’t bring GPU Turbo 3.0. Fortunate were those with Honor 10.

The manufacturer isn’t still finished with the security overhauls this month. While we have a week to touch September, the latest in the list are Honor 9 Lite and Honor 7X. You can read the changelog for Honor 9 Lite’s update below.

Despite the massive size of the package, the changelog contains nothing but stability improvements. You will have to ensure the availability of a solid internet connection before you hit the download button.

The user who posted the screenshot on the official forum confirmed he got GPU Turbo 3.0 with the previous update, not with this one. The screenshot clearly indicates no other feature makes an entry. So, 2.86 GB size is still a mystery!

As for Honor 7X, it hit the market in December 2017. Around 2 years down the line, the phone keeps on getting security patches even now. Coming out of the box with Android 7.0 Nougat, the company already released two major OS builds over the air.

Carrying the build number 9.1.0.146, the August package improves system security. Given you grabbed all the incremental overhauls, the new one will not exhaust more than 215 MB of your data package.

The OTA notifications have just started popping up. So, it may take some time to flash on your screen as the updates go out in clusters. As we always say, patience is the key.

Don’t forget to check our Honor section often to keep yourself notified about all the upcoming updates. 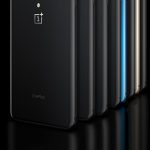 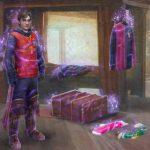