For many, NVIDIA is probably synonymous with computer graphics cards. However, that is not the only thing the company is good at. NVIDIA Shield is yet another very popular device (and probably ‘ecosystem’ from NVIDIA.)

Way back in 2013, NVIDIA released an Android-powered portable gaming console called “SHIELD.” Since then, though, NVIDIA has released a number of different products under the same name, which got a little confusing.

So what exactly is NVIDIA Shield 2019? Well, in short, it is the ultimate streaming player and gaming device in one. It offers seamless game-streaming, fast-loading 4K HDR content and ambitious AI upscaling for 1080p video. It is, therefore, no secret why these are rather popular.

Sadly, Vizio P-Series TV owners have been having a problem. The Smart TV has NVIDIA Shield 2019. Turns out, the latest update is breaking Dolby Vision on their devices.

NVIDIA is aware of the issue and has since issued out the following statement.

Thanks
-Your SHIELD Team

According to reports and forums, the affected model is the Vizio P-Series.

The mid-priced Vizio P-Series is a quite well-performer model of smart TVs. It has excellent overall image quality, with exceedingly deep black levels, plenty of brightness, rich contrast and superb video processing anchored by a true 120Hz panel. It handles both HDR10 and Dolby Vision high dynamic range sources. It plays well with phones, Alexa and Google Assistant.

This is no doubt, part of the reason it is really popular, despite the price, and what it offers compared to competition like offers from TCL.

Lately, NVIDIA has been busy pushing new software updates to address issues in the new Shield TV STBs as well as legacy models. Earlier this month, the former got a ‘Match Content Color Space’ hotfix and improvements to Dolby conversion and the latter got some HD audio improvements.

NVIDIA Shield TV is not without its fair share of issues. Just a few days ago, we dug into the issues facing NVIDIA Shield TV and Disney+. These issues ranged from Dolby Atmos, compatibility, playing 4K content, casting, and more. We also saw issues with NVIDIA Shield TV Pro 2019 freezing while writing to external HDD. This issue was acknowledged and we have a fix incoming.

For now, all we can do is wait and advice NVIDIA Shield owners and Vizio P-Series TV owners to hold off from updating.

If NVIDIA’s history is anything to go by, this should be resolved soon. Case in point, NVIDIA recently offered a hotfix for legacy Shield TV models to address HD audio dropouts. NVIDIA Shield TV 2019 also got the ‘Match Content Color Space’ hotfix recently.

If you already updated, keep an eye on your TV’s update manager for a fix coming soon.

NVIDIA is pushing a new software update to the two Shield TV 2019 units as the third hotfix with tons of bug fixes, optimizations and some new features. They also addressed the particular issue with Vizio P series.

The issue in this thread has been resolved in the third drop of the 8.1.0+ HotFix image which you can sign up for at:
https://www.nvidia.com/en-us/geforce/forums/shield-tv/9/326572/2019-shield-experience-upgrade-810-hotfix-image/
and the Fix will be included in the next public release.

There are reports on HotFix 3 of some models of Vizio TV’s including M558 having Darker than expected scenes when DV is enabled which we are looking into. 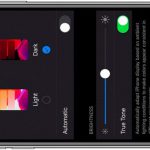