You have got multiple ways to convert an ordinary television set into a smart TV. In case you don’t mind spending $200, there’s nothing better than NVIDIA Shield TV. But for budget-concerned customers, an Android box worth $25 does the job.

Then there is Amazon Fire Stick, available at around $50 (4K version bears an $85 price tag). In case you are not aware, the e-commerce giant also released a Fire TV box as well. In short, these devices lie in different budget segments and each has its own user base.

Let’s address the elephant in the room- NVIDIA Shield TV. The company hadn’t promoted the first generation device as a means to stream online content, but as an instrument to play/stream games. And with time, the users started using it more as an alternative to Android TV boxes.

NVIDIA renewed the Shield TV lineup twice after the initial launch in 2015. The 2019 edition is the latest, with two models present in the market. We have reported the arrival of an invite-only hotfix update for those a couple of days ago.

Today, a user has posted about a vexing bug on the official forum. In a nutshell, Shield TV Pro 2019 starts freezing up when trying to write anything to the external hard disks. You can read his full complaint below.

Shield TV Pro 2019 – writing to external HDD freezes system
I just got the new Shield TV Pro last week and it works well with my USB flash stick, when I copy files from my USB 3.0 HDD ADATA NH-01 to the flash stick I get speeds at around 45 MB/s. However, writing to the HDD starts at few MB/s and then slows down to 100 KB/s while the OS freezes and the only way to fix it is to unplug the drive manually. I can play 4K videos from the HDD fine but I can’t write anything to it from Shield.
The drive is formatted to exfat but I also tried ntfs to no help. USB performance mode is set to max. On Windows both read and write speeds are around 80 MB/s for the hard drive. I use the NVIDIA_SHIELD folder so I do have write permissions.
Any idea how to fix the drive for writing? I didn’t want to use it as internal storage but I did expect to have fast sequential writes for copying files to the disk from PC.
(Source)

Within hours, an NVIDIA staff has replied that the issue isn’t an isolated one and a fix is going to come out with the next update. Are you having the same trouble on your Shield TV Pro 2019? Well, keep your eyes open to spot the upcoming firmware overhaul as soon as it goes live. Note:- Don’t forget to stay tuned to this story as we will be updating on the arrival of the solution. Manga Rock down or not working? Here's what's happening 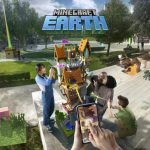