We have got almost everything smart today- bulbs, switches, TVs, not to mention, phones. And, in comparison with the respective ordinary counterparts, we need to spend more money to get our hands on the smart versions.

What if you already have a television and want to make it smart? Well, you have got a few options- Amazon Fire stick, NVIDIA Shield TV, or an Android TV Box. The last two are a lot similar in the design but varies significantly in their prices. 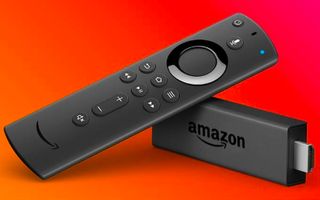 Dubbed also as NVIDIA Shield Console, it first hit the market in May 2015 and got upgraded twice. The latest version went live last month in two different models. Both use the Tegra X1+ chipset and run Android 9.0 Pie. They differ in RAM and storage. NVIDIA has just rolled out an invite-only hotfix update for the newest Shield. You will have to submit this form to get your hands on it. Before you proceed to fill the form, ensure that you are aware of the following caveats of the Hotfix process.

In case you are a Shield user, you know there’re some issues with the Match Content Color Space. With this update, NVIDIA addresses this problem and apparently, you will not face it post the overhaul.

Both the 2015 and 2017 editions of Shield support Dolby Digital Plus. Meaning, they can’t convert the signals to regular Dolby Digital. And, it results in the absence of 5.1 audio on old receivers with optical inputs.

Guess what! The 2019 NVIDIA Shield has support for Dolby conversion out-of-the-box. Asking about the same, a staff confirmed it on the official forum. So, you can listen to 5.1 audio without passthrough on apps like Plex or Kodi.