There have been rumors that Oppo subsidiary Realme is working on an in-house Android skin of its own dubbed RealmeOS. As per the reports, this skin was meant to make its debut with Android 10 in place of Oppo’s own skin, ColorOS.

But as we have come to learn, there is no RealmeOS, at least not with Android 10. Instead, Realme is looking to give fans a treat to a near-stock version of ColorOS 7 with select features unique to Realme as part of the new OS upgrade.

The company already made its official Android 10 (ColorOS 7) plans known. The stable ColorOS 7 update rollout begins in Q1 2020, with devices like the Realme 3 Pro, Realme 5 Pro and Realme XT leading the way.

Usually, companies have beta programs meant to test software before pushing it to the public. At the moment, Realme users don’t have this luxury, but this is about to change, at least for those in China.

For a period ending November 10, you can submit your interest to join the Realme beta program that aims to bring new features to your Realme smartphone ahead of others.

It’s worth noting that nowhere has Realme mentioned that this beta registration exercise has ColorOS 7 update in mind, but the timing with the recent announcement by Oppo that ColorOS 7 will arrive on November 20 couldn’t be more perfect.

The Realme beta program will initially accommodate a maximum of 1,000 people/units, so be sure to make your move quick or miss out. As for the first beta software, it will arrive late this month, which is once again a strong indicator that this is likely to be ColorOS 7 update with Android 10 beta.

According to the registration page, those using any of these Realme devices can submit their interest: Realme X (and variants), Realme X Lite/Realme 3 Pro, Realme Q/Realme 5 Pro, Realme X2/Realme XT, and Realme X2 Pro.

Of course, this beta program is at some point expected to come to India, where Realme is more popular than even in its home country. We will keep an eye on the developments and let you know when it arrives. 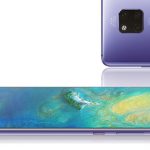