At the rate that Huawei devices are getting into the EMUI 10 beta program, it’s possible that when the company opens the Android 10 floodgates, the OS will spread to a good number of devices within a very short period of time.

The P30 and P30 Pro are obviously leading the prospects of getting the stable EMUI 10 update ahead of everyone else. Next in line will be the Huawei Mate 20 Pro and co., but going forward, the update could arrive in any order.

More recently, Huawei announced that owners of all the devices in the Mate 20 lineup, the P Smart 2019 and P Smart+ 2019, the P30 Lite and the Nova 5T in multiple countries across Europe, Asia Pacific, Latin America, the Middle East and Africa can now join EMUI 10 beta program.

As part of the requirements, these devices must be installed with the latest EMUI 9.1 version available before they can be admitted into the EMUI 10 beta program. For those using the P30 Lite from Europe, you need EMUI 9.1.0.248 installed on your device.

To prepare the P30 Lite for the arrival of Android 10 beta, Huawei is now rolling out the said EMUI 9.1.0.248 in Europe as the September security patch, implying that the EMUI 10 beta rollout for this device is imminent. The new OTA update weighs in at 119MB.

Also on the receiving end of such an update in Europe is the Huawei Nova 5T. Like the P30 Lite, the Nova 5T is also being lined up for an EMUI 10 beta update, but only in the Asia Pacific region.

We don’t know if Europe will get it in the coming days, but for now, you can make do with a new September security patch that is arriving as EMUI 9.1.0.166 and weighs in at 721MB, which is pretty heavy for a mere security patch.

If interested, stay tuned to our Huawei and Android 10 sections for more on these and other related stories as and when we get them. 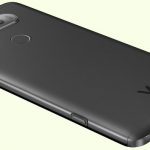 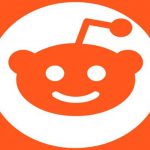