It’s now been more than a month since the first EMUI 10 beta update based on the latest Android 10 operating system started rolling out to the global Huawei P30 and P30 Pro handsets.

Earlier this week, the P30 and P30 Pro received a mysterious update that is thought to be prepping the devices for the arrival of the stable EMUI 10 update, but the release date is still elusive.

Huawei also opened the EMUI 10 beta testing program to users of the 4G LTE Mate 20 X and Mate 20 Lite in Europe a few days ago, but the program has since found its way to more devices and regions not just in Europe, but also in the Asia Pacific, Latin America, the Middle East and African regions.

Devices like the Huawei P Smart 2019 and P Smart+ 2019, P30 Lite, and Nova 5T are now eligible to try Android 10 beta in multiple markets across the globe, but like the P30 and P30 Pro, the wider availability of the OS in stable form remains a mystery.

As we look forward to the release of EMUI 10 stable, Huawei is welcoming yet another device into the beta testing program, the 5G variant of the Mate 20 X that came out not long ago.

So far, the Mate 20 X 5G EMUI 10 beta program has been confirmed for those in China, but for now, you can only submit your interest to try the software. After your application is successful, you will be able to download and install Android 10 beta on your Mate 20 X 5G unit.

It’s worth noting that this is a limited beta testing program that will result in the public beta testing program at a later time. After the Mate 20 X 5G EMUI 10 update, Huawei warns that some apps may not work as desired and dark mode may also be broken in some cases, so beware.

Your Mate 20 X 5G must be currently running EMUI 9.1.1.195 in order to be allowed into the EMUI 10 beta program, so be sure that you have installed this version. The initial window will let in 500 units and later 1,500 more units will be allowed to join the program.

You have until November 6 to submit your interest to try the Mate 20 X 5G EMUI 10 beta update. The rollout will begin thereafter at a date that shall be communicated. We will keep an eye on the development and update this story with availability details. 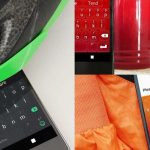 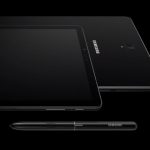