The Nokia 8.1 started receiving Android 10 stable update earlier this month, becoming the first in the Snapdragon 700 series to get the new OS.

It also became the first Nokia device to get the 10 update, with the likes of Nokia 9 PureView and Nokia 7.1 expected to receive the OS in the coming days. The OS will later spread to the Nokia 6.1, Nokia 6.1 Plus, and Nokia 7 Plus, if lucky before the end of the year, but most likely in early 2020.

One surprising bit of the Nokia 8.1 Android 10 update, though, was that it came with September security patches yet it arrived when October patches were already available for several devices. But you probably didn’t notice since you were glued to all that comes with Android 10.

With the likes of Samsung Galaxy S10 and Galaxy Tab S4 already on the receiving end of November security patches, one would expect that an Android One device should also be lining up a similar update. But no, the Nokia 8.1 is now receiving an October security update in Europe.

Even more baffling is that the incoming update, which weighs 87.9MB, is still based on Android 9 Pie despite the device having received Android 10 in some regions a while back.

Nokia 8.1 – My phone just got the Pie October update instead of the Android 10 upgrade.
Source

While someone might not like this at all, the incoming Pie-based Nokia 8.1 October security update might be a boon. In case you didn’t know, early adopters of Nokia 8.1 Android 10 update have been experiencing speaker output and Bluetooth connectivity issues.

If anything, Nokia is probably working on a better Android 10 build for the Nokia 8.1 likely with a newer security patch, this time without the said issues and a few more others, hopefully.

Another interesting scenario would see HMD halt the rollout and focus on fixing the early issues before resuming the rollout at a later time. But of course, it’s just a hunch. 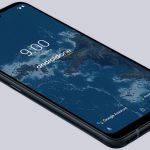 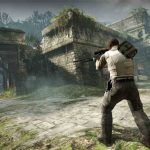