Samsung had quite an eventful 2019 and they have been kept on toes with new launches and some relaunches. The relaunch of Samsung Galaxy Fold, which is the company’s first foldable device happened after the screen-breaking fiasco which was reported by many tech reviewers.

Flashback to the beginning of the year, Samsung introduced the Galaxy S10 series devices i.e. the S10e, S10 and the S10+. These devices carried the ‘Infinity-O’ notchless design in the front to get rid of the bezels.

Talking about the standard Galaxy S10, it is powered by the Snapdragon 855/Exynos 9820 processor paired with 8 GB of RAM. It offers an onboard storage option starting from 128 GB.

Exynos variants of the Galaxy S10 started getting the October patch in multiple markets a few days ago. In a recent development, the Canadian variant of the Galaxy S10 are scheduled to get the same at the end of this month.

Confirming this, Telus has posted an image that states that the Galaxy S10 will receive the October patch on October 28. Not only this, but the update will also carry some camera improvements (probably backported from the Note 10 family) as well.

Another Canadian network carrier, Rogers has announced that the October update for the Galaxy S10 that also includes RCS clients will be rolled out on October 28.

For naive, the RCS Client aka Rich Communication Services is superior to the old-age SMS protocol. You get all the modern messaging platform features including photo/video sharing, delivery and read receipts etc with RCS.

Matter of fact, some of the Canadian variants of the Galaxy S10 have already received the RCS client that enhanced the default messaging application from the carrier’s end.

Notably, the US unlocked variants of Galaxy S10 have also received the October patch but the update did not bring in Galaxy Note 10 specific features.

However, with this update, the remaining devices are also served with the October 2019 update along with some enhancements.

In a recent development, the Canadian variants of the Galaxy S10+ (SM-G975W) are now receiving the October 2019 security patch along with some other features.

The update weighs in around 1.1 GB in size and carries the version number ASIO. Below is the screenshot of the update along with the screenshot shared to us by @Grim_Oak (a big thanks!)

The update also brings along some bug fixes, improves the device’s stability and performance. The update is being pushed via OTA and will hit your units soon. 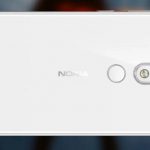