Rich Communication Services aka RCS has been designed to be the true successor to the age-old SMS protocol. Photo and video sharing, delivery/read receipts – everything you expect from a modern messaging platform can be found under RCS. However, the adoption rate of RCS is far from the expectation. Some big name carriers are sticking with their own implementations (like T-Mobile’s Advanced Messaging), which are not at all cross-compatible with standard RCS stack.

The situation leads to loads of incompatibility reports among devices from various OEMs, especially the carrier unlocked models are worstly affected.

Google’s Android Messages app is the primary client compatible with the universal RCS profile. It can be found preinstalled with various phones from different Android OEMs.

As per a recent report from The Verge, the Mountain View giant is taking the matter in their own hands to minimize the delays generated from wireless carriers’ end. European users should gradually see RCS activation prompts on their phones irrespective of the carriers – like the following:

As a matter of fact, the rollout has already been live. The above image was posted someone with a Google Pixel 3a on EE UK’s network. France is on the race as well, as French users are being greeted by similar prompts on their phone from the Messages app. The update is presumably controlled from server side switching, as there is no known way yet to force it on your phone. The folks over r/UniversalProfile subreddit have concluded that Android Messages v4.4 and Google Play Services v17.5 should be the minimum requirements.

The current RCS functionality is kinda unstable. You may randomly lose the feature, as reported by a redditor:

UPDATE: Well, I’m not quite sure what happened. Checking the ‘Chat features’ menu still resulted in the “Your operator does not currently support this feature” message. I then gave the phone a reboot and went to the Messages Chat settings again and, lo and behold, I got a prompt to enable chat features, which I did (yay!)

The excitement didn’t last long however because, after swiping Messages away from the Recents Screen and opening it back up again, the status reverted back to the original “Your operator does not currently support this feature” message. So, the phone has gone back somehow to not having Chat features enabled but I see this as a positive sign. I’ll check again in the morning. Here’s hoping this rollout is really happening and that kinks are just being ironed out.

Community members are keeping track on the UK and France RCS rollout in this thread, while they also maintain a nice spreadsheet covering carrier specific RCS support over the world.

The costing portion is still convoluted, as some carriers are demanding extra charges for RCS/enhanced messaging in some cases. Google is aware of the situation and hopefully will release a clear statement soon to reduce the confusions.

Have you got RCS on your phone? Let us know by commenting below.

According to redditor u/WeirdestIsland0, Canadian carriers Telus and Koodo are gradually rolling out RCS support on Google Pixel 2 and 3 family since yesterday. More phones should join the roster in the coming days.

P.S. The person is a self-proclaimed Telus employee.

Edit 3: Koodo is included in the launch (no word on public mobile) and also confirmed that Pixel users are being used as a beta group. Once they are happy with the results it will be rolled out to Samsung, LG, Huawei, and other manufacturers

Edit 4 RCS between carriers: Telus confirmed to me that they left it open to function with other carriers, they did however mention that the other person must be using a compatible messaging app and network. Basically that means Bell could potentially block RCS from Telus/rogers but Telus isn’t going to block other networks.

According to Rogers, the Canadian Galaxy S10 variants are going to get RCS support by September 3. Details here.

As per the schedule, the Canadian Galaxy S10e/S10/S10+ units are now receiving the August security patch via ASGJ build. The update also brings RCS compatibility. 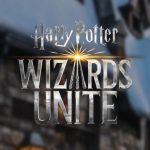 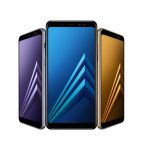